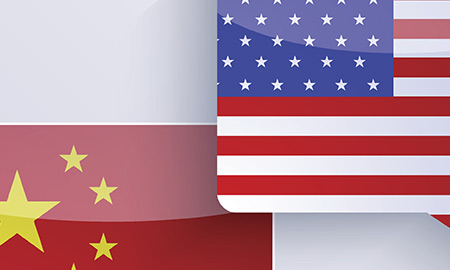 Oil demand in the US grew at the fastest pace in the world in 2013, outstripping China for the first time since 1999 as the world's top economy reaped the benefit of the shale boom, BP says.

LONDON/MOSCOW, June 16 (Reuters) - Oil demand in the United States grew at the fastest pace in the world in 2013, outstripping China for the first time since 1999 as the globe's top economy reaped the benefits of a shale boom, oil company BP said on Monday.

In its annual review of energy statistics unveiled in Moscow, BP also raised its global oil reserves estimate by 1.1 percent after revising U.S. reserves upwards by more than a quarter.

Global natural gas reserves were cut for a second year as lower provisions for Russia and Qatar offset a significant uptick in U.S. estimates.

BP also said the United States recorded its largest-ever annual rise in oil production for a second year in a row with a 13.5 percent increase to above 10 million barrels per day (bpd).

The consumption growth was led by an expansion of the U.S. industrial sector as the world's top economy emerged from the 2008 financial crisis, BP Chief Economist Christof Ruhl said.

At the same time, a Chinese slowdown was driven mainly by lower consumption of diesel and gasoil, which traditionally reflect the rate of economic growth.

"It is easy to understand the U.S. - If you have a lot of cheap domestic oil that feeds into the industry, it will show up eventually in GDP growth numbers. It's not that easy to reconcile the slowdown in Chinese energy numbers," Ruhl said.

China's economic growth hit a 14-year low in 2013, a decline that accelerated in the first part of this year as Beijing leads a wide drive to reform the country's economy.

Overall, China's energy consumption growth slowed to around 4.7 percent in 2013 from a 10-year average of 8.4 percent despite the fact that Beijing officially reported a 7.7 percent rise in gross domestic product last year, Ruhl said.

Global oil production - up 560,000 bpd, or 0.6 percent - failed to keep pace with growth in oil consumption. Output disruptions from Libya, Nigeria and Iraq due to political strife were almost entirely offset by growth of 1.1 million bpd in U.S. output, BP said.

"The huge investments seen in the U.S. have been encouraged and enabled by a favourable policy regime. And this has resulted in the U.S. delivering the world's largest increase in oil production last year. Indeed, the U.S. increase ... was one of the biggest annual oil production increases the world has ever seen," Ruhl said.

This balance also explains oil price stability over the past three years, with the lowest volatility since the early 1970s, he said.

BP raised its estimate of global proved oil reserves by 1.1 percent to 1,687.9 billion barrels at the end of 2013, enough to meet 53.3 years of current global production.

The company cut its estimate of global reserves of natural gas for a second year in a row to 185.7 trillion cubic metres (tcm), enough to meet 54.8 years of global production.

The decline by less than 1 percent was mostly due to Russia, where reserves estimates were reduced by 4.9 percent to 31.3 tcm, the BP data showed.