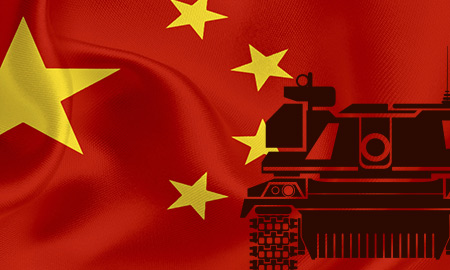 China insists that it will never send military forces to the scene of an increasingly-ugly spat with Vietnam over an oil rig in the South China Sea.

BEIJING, June 13 (Reuters) – A Chinese official said on Friday that China will never send military forces to the scene of an increasingly ugly spat with Vietnam over an oil rig in the South China Sea, and accused Hanoi of trying to force an international lawsuit.

China claims about 90 percent of the South China Sea, but parts of the potentially energy-rich waters are also subject to claims by the Philippines, Vietnam, Malaysia, Brunei and Taiwan.

China is also involved in a territorial dispute in the East China Sea with Japan.

Scores of Vietnamese and Chinese ships, including coastguard vessels, have squared off around the rig despite a series of collisions after the platform was towed to the area in early May.

Vietnam has accused China of sending six warships, but Yi Xianliang, deputy director-general of the Ministry of Foreign Affairs' Department of Boundary and Ocean Affairs, said that China had never sent military forces.

"I can tell you very clearly that from May 2 to today, including to when the (drilling) operations are complete, we have never, are not and will never send military forces. Because we are carrying out normal, civilian, commercial activities," he told a hastily arranged news conference.