Heavy equipment operators, and power and petroleum engineering occupations face the greatest job increases due to industry activity in oil sands operations with more than 10,000 new jobs projected for in situ operations, a 91 percent increase over 2014 employment levels.

The council noted that employment within oil sands operations, over the next decade, is expected to grow by 15,330 new jobs, for total employment of about 41,880.

Workforce required for on-site oil sands construction, turnaround and ongoing maintenance will be around 48,710 workers in 2014 and will increase to about 56,900 jobs in 2020, a 17 percent increase over 2014 levels. However, construction jobs are expected to dip slightly after 2019 by 6,180 jobs if additional oil sands expansion projects are not announced. 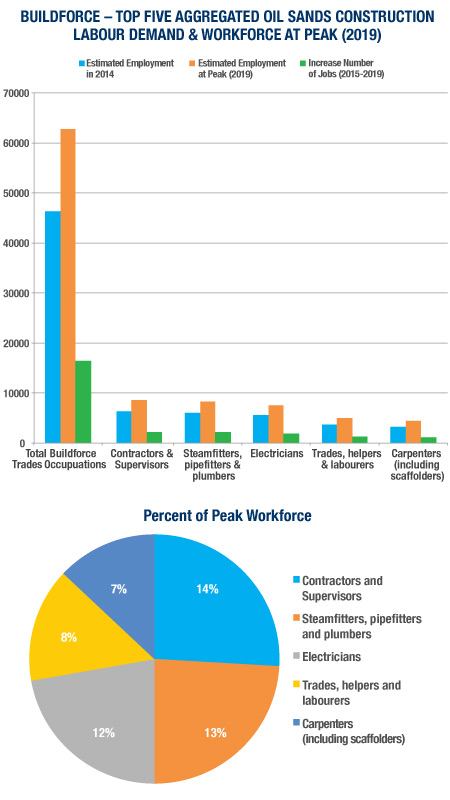