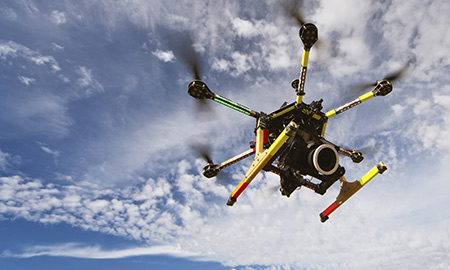 BP has been authorized to use drones to conduct aerial surveys of pipelines and other infrastructure on Alaska's North Slope, the first commercial drone flights over land, US authorities say.

WASHINGTON, June 10 (Reuters) - BP has been authorized to use unmanned aircraft to conduct surveys of pipelines and other infrastructure on Alaska's North Slope, the first commercial drone flights over U.S. land, government authorities said on Tuesday, giving a boost to the tiny aircraft's manufacturer.

The Puma AE is a battery-operated aircraft about 4 1/2 feet (1.4 meters) long with a wingspan of 9 feet (2.7 meters), equipped with optical sensors. It can fly up to 3.5 hours per battery.

BP hopes to use information generated by the aircraft to identify maintenance needs on roads and infrastructure, and to save time and support safety and operational goals, the FAA said.

In previous tests conducted through the University of Alaska at Fairbanks in 2013, AeroVironment provided 3D road mapping, 3D analysis of gravel pits, general topographic services and monitoring of wildlife and ice floes, the company said.

"These surveys on Alaska's North Slope are another important step toward broader commercial use of unmanned aircraft," U.S. Transportation Secretary Anthony Foxx said in a statement.

Shares in Arlington, Virginia, based AeroVironment were trading at $35.25, up 4.2 percent, in afternoon trading on Nasdaq after reaching their highest since April 24.