Shell: Only A Fraction Of Big Gas Export Projects Will Be Built 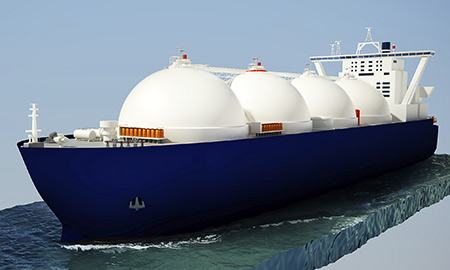 Only a fraction of the natural gas export projects being developed around the world will become reality, according to Shell.

LONDON, June 9 (Reuters) - Only a fraction of the natural gas export projects being developed around the globe will become reality as high costs and weakening gas prices torpedo those that until recently promised huge returns on investment.

But high development costs and low profit margins in the gas sector mean most of these will fail, Royal Dutch Shell's director of projects and technology told Reuters in an interview.

"There is always so much talk about these big LNG projects around the world, but only a small fraction of them will get built," said Matthias Bichsel, who is also a member of Shell's Executive Committee.

"Costs in the oil and gas sector are still on the rise and outpacing inflation, and gas projects are extremely price-sensitive because the margins are so thin," he added.

Bichsel, without commenting on specific projects, said that in Australia, high labour costs had caused problems for developers. The country hopes to overtake Qatar as the world's biggest LNG exporter.

Shell is building the world's first floating liquefied natural gas (FLNG) project in Australia, named Prelude, which will be the biggest maritime vessel ever constructed.

It also has a 25 percent stake in the massive Gorgon LNG project on Australia's western coast, led by Chevron.

The development's costs have soared from initial estimates of $37 billion in 2009 to almost $55 billion on the back of high labour expenditures and complex technology.

Also in Australia, Shell exited the Wheatstone LNG project after selling its stake to Kuwait Foreign Exploration Petroleum Co in January, and cut hundreds of jobs at its Arrow LNG project, where it has yet to take a final investment decision.

Late last year, Shell abandoned a proposed gas-to-liquids (GTL) project that would have made diesel from natural gas in the U.S. state of Louisiana.

While costs are soaring, gas prices have been dropping for most of this year, reducing the outlook for developers' return on investment and prompting analysts to say many new gas projects will struggle to receive the required financing.

European forward gas prices, which are used to make investment decisions for big pipeline and gas field projects, have dropped more than 15 percent since the beginning of 2014.

They are close to five-year lows, and most analysts expect further declines as new producers flood markets with gas.

In Asia, where 70 percent of global LNG trading takes place, spot LNG prices have fallen more than 35 percent this year to their lowest since late 2012.

In the east Mediterranean, where Israel and Cyprus have discovered large offshore gas fields, Australia's Woodside Petroleum last month pulled out of an agreement to take a stake worth up to $2.7 billion in Israel's flagship Leviathan gas project.

Woodside is a specialist LNG developer and was targeting sales in Asia with its involvement in Israel.

"After many months of negotiations it is time to acknowledge we will not get there under the current proposal," Woodside CEO Peter Coleman said at the time.

In Central Asia, France's Total pulled out of Azerbaijan's huge Shah Deniz II gas project, which is expected to produce 16 billion cubic metres (bcm) of gas for export to Turkey and Europe towards the end of this decade.

Norway's Statoil had reduced its stake in the project in May.

"I believe the speed with which the East African projects have been promised is somewhat ambitious since all infrastructure there has to be built from scratch," Shell's Bichsel said.

Mozambique and Tanzania hope to export their first cargoes around the turn of the decade.

In Asia, uncertainty over future pricing of LNG has led consumers to hold off signing 20-year deals amid expectations that prices will soon enter a period of decline.

As a result, final investment decisions on new projects have come to a virtual standstill, while cost blowouts in Australia are further deterring investors from signing up.

Despite the troubled perspective for many gas projects, Bichsel said the outlook for the sector was positive.

"We're quite excited about gas, there is a lot it can be used for, for instance gas to liquids, gas for transport or gas to chemicals, and there's also a lot of work being done to bring down the production costs of LNG," he said.

"In oil, it's more maintaining production but in the long term, we're talking decades ahead, we see a decrease in oil demand and gas will take a more prominent role, including from shale gas. But it'll take time."