Gas-to-Liquids: No Longer a Footnote for the Upstream Industry 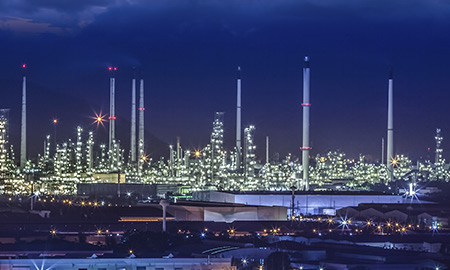 Having long been a niche sideshow of the energy business, GTL now has the potential to enter center stage with solutions poised to enable access to more than 50 billion barrels of oil equivalent.

Small-scale Gas-to-Liquids (GTL) solutions are poised to enable access to more than 50 billion barrels of oil equivalent: more than Libya's total oil reserves. Long a highly niche sideshow of the energy business, GTL now has the potential to enter center-stage.

The theme of exceptional circumstance has remained crucial for GTL. A facility requires scale to access favorable economics. It therefore needs plentiful, inexpensive natural gas reserves to exploit. It also requires a demand market for petroleum products – predominantly diesel – where prices are strong.

According to London-based research firm Visiongain, the price of oil needs to be at least 15 times the price of gas to make GTL a viable prospect. As a result, GTL facilities are a rare breed and only four such facilities are currently in operation: Mossel Bay (South Africa), Bintulu (Malaysia), Oryx (Qatar) and Pearl (Qatar). Later this year a fifth, the much delayed and over budget Escravos facility in Nigeria, is due to open.

Oryx, Pearl and Escravos represented a second wave of large-scale GTL construction. A third wave is now on the horizon, with optimistic outlooks seeing six additional facilities as probable over the next 10 years: an arbitrage opportunity between gas and liquid hydrocarbon prices in North America – thanks to the exploitation of shale rock – has created the exceptional circumstance GTL requires.

But small-scale GTL will put an end to this theme of exceptional requirement.

The Promise of Small-Scale Gas-to-Liquids

Phil Eyler  |  June 02, 2014
This is the first time I have seen anyone in the oil industry recognize the process of energy arbitrage. Yet it has been practiced at extremely large scale operations for years. The tar sands is a classic example. Thirty per cent of the energy output of the tar sands is natural gas input. It is no mystery why tar sands output has skyrocketed with falling natural gas prices. And then there is the Steam Assisted Gravity Drainage process for producing heavy oil. Baytex is developing fields in which gas-fueled steam will be injected for years before the heavy oil is hot enough to flow to production wells. Any bets on the price of natural gas a few years down the road? Will Alberta continue to be a viable source of "oil"?
Most Popular Articles