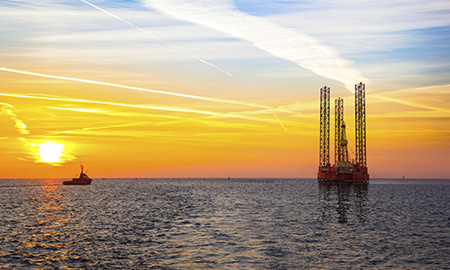 Norway gives Statoil the go-ahead to start drilling the world's most northerly oil well in the Barents Sea by rejecting an appeal by Greenpeace.

OSLO, May 31 (Reuters) - Norway's Coast Guard on Friday evening towed away a Greenpeace ship that tried to block Statoil's rig from drilling the world's most northerly oil well in the Barents Sea, the environment group said.

Oil drillers in Norway are moving further north as mature fields in the south are depleted and as the Arctic ice retreats, opening new areas that were previously unaccessible. U.S. estimates show the Arctic may hold 13 percent of the world's undiscovered oil and 30 percent of its gas.

"The Norwegian Coast Guard tonight boarded the Greenpeace ship Esperanza outside of the country's territorial waters to end a high profile and perfectly legal protest against Arctic oil drilling," Greenpeace said in an emailed statement.

The group said two groups of officers boarded the ship and took controls at around 2250 CET (2050 GMT) after Greenpeace crew refused to leave.

"Coast guard tows Esperanza away from our legal and peaceful action," Norway's Greenpeace said on its Twitter feed about 30 minutes later.

The move came after the government rejected a legal appeal ealrlier the same day.

The government has declared the area around the drilling site a safety zone to remove Greenpeace ship. The environment group has appealed the decision.

Earlier on Friday, the Ministry of Climate and Environment rejected Greenpeace appeal to stop the drilling, giving Statoil the final go-ahead, the ministry's spokesman said.

Greenpeace had argued that Statoil's drilling plans posed a threat to Bear Island, an uninhabited wildlife sanctuary that is home to rare species including polar bears, as an oil spill would be nearly impossible to clean up in the Arctic because of the harsh conditions.

Statoil rejected the claim, saying there was a very low risk of an oil spill, and an extremely low risk of any spillage reaching Bear Island, about 170 km away from the drilling site.

"Statoil is thus permitted to conduct the drilling operation as planned, including drilling in oil-bearing layers," the state-controlled company said.

"Our top priority is to have safe operations without any harm to people or the environment," said Irene Rummelhoff, Statoil's senior vice president for exploration on the Norwegian continental shelf.

On Thursday, Norwegian police removed seven Greenpeace protesters from Transocean's Spitsbergen rig, which arrived to the drilling site on Thursday.

The activists taken off the rig - from Denmark, Finland, Norway, the Philippines and Sweden - were released without charge and were all well.

Greenpeace said on Friday they were happy by managing to stop the drilling at least for 89 hours.

Statoil said delays to the start of drilling cost the company about 7.5 million crowns ($1.26 million) per day.

This summer, Statoil plans to drill three wells on the Apollo, Atlantis and Mercury prospects in the Hoop area, some 300 km away from the mainland.

Gerry Samms  |  June 02, 2014
Great stuff... it is about time for someone to stand in the way of this misleading Greenpeace outfit.... Hats off to Norway for allowing business to continue... More should follow suit...
mohamed yakout  |  May 30, 2014
Nice
RELATED COMPANIES
Company: Equinor ASA more info