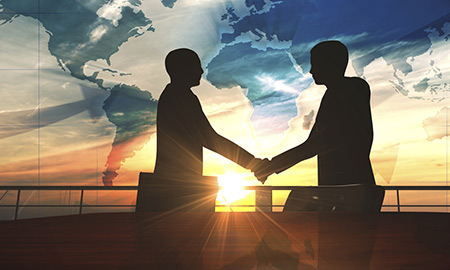 The agreement increases TPAO's stake in the project to 19 percent from a previous 9 percent, while Total exits the project. Sources had told Reuters about the sale in February.

Turkish pipeline firm Botas also signed an agreement at the ceremony with Azeri state oil company SOCAR to raise its stake in the Trans-Anatolian natural gas pipeline project (TANAP) to 30 percent from 20 percent.

Shah Deniz I has been pumping gas since 2006 and has an annual production capacity of about 10 billion cubic metres (bcm) of natural gas.

The next phase, Shah Deniz II, is important for Europe as an alternative to gas from Russia's Gazprom. It is expected to produce 16 bcm of gas per year from around 2019, with 10 bcm earmarked for Europe and 6 bcm for Turkey.

Socar President Rovnag Abdullayev said that this share would not be affected by the change in ownership.

The TANAP pipeline will run from the Turkish-Georgian border to Turkey's borders with Bulgaria and Greece. The preliminary cost has been estimated at $20 billion.

Turkish Energy Minister Taner Yildiz has said construction is expected to be completed by the end of 2018 in order to start deliveries of gas from Shah Deniz II in 2019.