Offshore Iceland: the Next Arctic Opportunity? 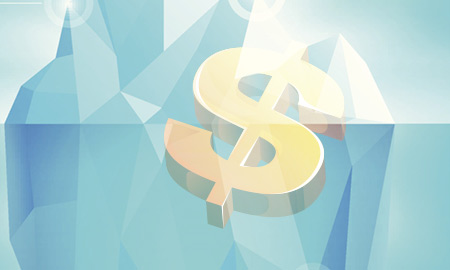 Rigzone takes a look at future work programs for licenses offshore Iceland, where exploration is still at an early stage.

This year has seen plenty of activity by the oil and gas industry in the Barents Sea, offshore Norway, as European explorers move further northwards in their quest to find new deposits of hydrocarbons. Recent months have seen exploration drilling in the Barents by a variety of the industry's largest companies, including Statoil ASA, Eni S.p.A., GDF Suez S.A., Det norske oljeselskap ASA and Repsol S.A.

Of course, the jury is still out on whether the Barents can become as significant of a hydrocarbon-producing region as the North Sea has proved over the past few decades. A very recent discovery of up to 63 million barrels of recoverable oil equivalent at the Drivis prospect by Statoil may or may not lead to a development of the Johan Castberg area; while a decent enough discovery in its own right, Statoil said in a statement at the start of May that its five-well campaign in the area had been a disappointment from the point of view of volume expectations.

But while the attention of those firms interested in Arctic exploration is currently focused on the Barents, further down the line there could also be significant opportunities elsewhere in the Arctic region. One area where exploration is still in its very early phase is offshore Iceland.

Companies from as far away as China have decided to dip their toes in Icelandic waters, which they believe could hold significant volumes of hydrocarbons. Chinese firm China National Offshore Oil Corp. (CNOOC) was recently signed up to take a 60-percent stake in the No. 2014/01 license that covers the stretch of water between Iceland and Norway’s Jan Mayen island, making CNOOC the first Chinese company to get involved in exploring for oil in the Arctic region. CNOOC’s partners in the license are Iceland’s Eykon Energy (15 percent) and Petoro Iceland (25 percent).

"The first two licenses we gave out were in early 2013 and the CNOOC we gave out in early 2014," Thorarinn Sveinn Arnarson, hydrocarbon licensing manager at Orkustofnun (Iceland's National Energy Authority), told Rigzone in a recent telephone interview.

"So, CNOOC is really just starting out. That's a 12-year license so they have a 4-year period for doing 2D seismic."

Quicker progress is expected by Faroe Petroleum plc, a junior explorer focused on the seas of northern Europe. Its offshore license, No. 2013/01, was awarded in late 2012 and confirmed in early 2013. It covers a ridge that forms part of the Jan Mayen microcontinent that lies between the margins of both East Greenland and the Norwegian Continental Shelf.