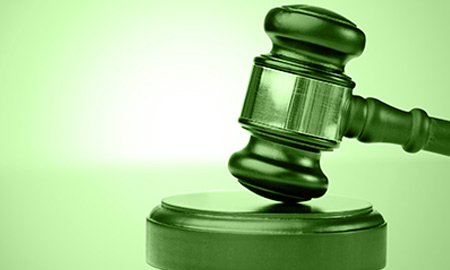 BP says it will ask the US Supreme Court to review whether it must pay some businesses for economic damages without proof that the spill caused such losses.

May 21 (Reuters) - BP Plc, seeking to limit costs related to the 2010 Gulf of Mexico oil spill, said it would ask the U.S. Supreme Court to review whether it must pay some businesses for economic damages without proof that the spill caused such losses.

The British oil company will appeal Monday's decision by the 5th U.S. Circuit Court of Appeals in New Orleans not to disturb a divided three-judge panel's March ruling over the payments. It will also ask the 5th Circuit not to require that it pay businesses for economic losses during the appeal.

BP has complained that the settlement it negotiated to cover business loss claims is being interpreted incorrectly by the businesses' lawyers and claims administrator Patrick Juneau. It said making payments unrelated to the spill could push the settlement's estimated $9.2 billion cost significantly higher.

"No company would agree to pay for losses that it did not cause, and BP certainly did not when it entered into this settlement," BP said.

A spokesman for Stephen Herman and James Roy, lawyers representing the businesses, had no immediate comment.

Dissenting from the 5th Circuit's 8-5 decision to let the panel ruling stand, Circuit Judge Edith Brown Clement said the holdings "funnel BP's cash into the pockets of undeserving non-victims ... Another court surely must resolve this."

The April 20, 2010 explosion of the Deepwater Horizon drilling rig led to 11 deaths and the largest offshore U.S. oil spill. BP has taken $42.7 billion of pre-tax charges so far.

BP's appeal was announced one day after U.S. District Judge Keith Ellison in Houston let a group of shareholders pursue a class-action lawsuit accusing the company of understating the spill's severity.

Ellison said investors who bought BP's American depository shares between April 26 and May 28, 2010 may pursue claims that BP publicly "lowballed" the oil flow rate, and that the share price "did not reflect the magnitude of the disaster."

He also denied class certification to a separate group of shareholders that claimed BP overstated its ability to manage safety issues prior to the explosion. Ellison said this denial was because it was too hard to calculate damages.

Shareholders can often recover more money at lower cost by suing as a group. BP's ADS price fell 37 percent from the start of the class period to the first trading day after it ended.

BP said it will appeal the grant of class certification, but called the dismissal of the safety claims, covering investors over 2-1/2 years predating the spill, a "significant victory."

The lead plaintiffs are New York State Comptroller Thomas DiNapoli, who oversees that state's Common Retirement Fund, and the Ohio Public Employees' Retirement System. Neither was immediately available to comment.

BP asked Ellison to delay a trial until after U.S. District Judge Carl Barbier in New Orleans finishes the third phase of a trial, likely in early 2015, to apportion blame for the spill and award damages, including to federal and state governments.