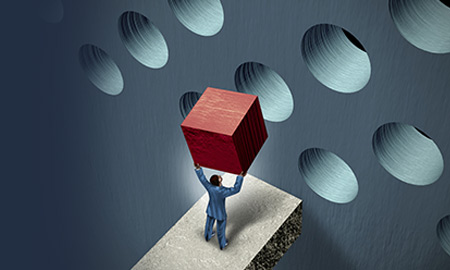 Even as companies successful in Myanmar's recent offshore block tender celebrate, they are bracing themselves for challenges that may arise from exploring an unexplored region.

Following the award of a much anticipated tender for offshore petroleum exploration blocks in Myanmar at the end of March, successful oil and gas companies are now preparing themselves to handle challenges expected to arise from exploring in unchartered waters in the Bay of Bengal and in the Andaman Sea.

Myanmar’s Ministry of Energy awarded 20 of the 30 oil and gas blocks – comprising 19 deepwater and 11 shallow water blocks – that were available under the country’s Offshore Bidding Round - 2013 March 26.

Global interest in tapping Myanmar’s hydrocarbons resources, especially gas – which has been estimated by BP Statistics Review of the World to contain 7.8 trillion cubic feet in 2012 – had been intense.

Last July, Myanmar’s Ministry of Energy pre-qualified 61 of the 75 companies that had submitted bids for the 30 offshore blocks. The gradual easing of economic sanctions, imposed earlier against the military regime, by the U.S. and the European Union opened the door for greater participation by major global oil and gas companies in the tender.

The 20 offshore blocks awarded by the Ministry of Energy were equally divided between those located in shallow water and in deepwater. Several IOCs, with their technical expertise and larger financial resources, were awarded deepwater blocks in partnerships with local or foreign partners.

Four of the shallow water blocks – M4, M-17, M-18 and YEB – were awarded to India-based companies, including Reliance Industries Ltd and Oil India Ltd, while the BG-Woodside joint venture was allocated Blocks A-4 and A-7 and Chevron Corp. got Block A-5.

Following the award announcement, the Myanmar authorities commenced discussions with the companies regarding signing of production sharing contracts for the blocks, which is expected to be completed in early May.

“We invite companies one by one for detailed discussions on the PSCs with MOGE [Myanma Oil and Gas Enterprise] … At least three months after [detailed discussions with the companies] before the PSCs can be signed as there is a need to get approvals from the relevant authorities,” Khin Aye, director of Energy Planning Department and Ministry of Energy, told Rigzone.

Challenges Ahead for Myanmar

“Today Myanmar is in a transitional period ... land acquisition, market share, environmental concerns … Most popular issues are EIA and SIA. These can become political issues and are expected to be carried out by the industry,” Than Tun, director (Offshore Exploration) at MOGE said at OTC Asia recently.

Woodside is among a handful of major oil firms, including Total and Malaysia’s Petroliam Nasional Berhad’s subsidiary Petronas Carigali, who already has a presence in Myanmar’s upstream petroleum sector. The Australia-based firm is expanding its presence in the largely underexplored offshore areas in Myanmar.

“The entry into A-7, AD-5, A-4 and AD-2 builds on our existing position in the Rakhine Basin through interests in Production Sharing Contracts for Blocks A-6 and AD-7. It supports Woodside’s efforts to grow the scale and long-term value of our Myanmar and global exploration business,” Woodside commented in an April 17 press release.

The absence of active exploration in the Myanmar’s offshore blocks, particularly those in deepwater, meant that seismic data was not available for companies to use as reference for their exploration activities.

“Woodside is of the view that there is a significant hydrocarbon potential in the Rakhine Basin [offshore Myanmar] … One of the challenges will be the development of such multiple reservoir bodies … We need excellent 3D data quality ... to be able to unravel the complexity of the plays,” Walker said.

“The challenge is the strongest in the shallow water blocks where you have one year to undertake your study, and if those study involves seismic … you got to get timing right. In deepwater, you have two years, it’s still a challenge because if you miss the first season then you enter the second season … 3D data will take some time to acquire and process,” Walker added.

Myanmar’s weather exerts pressure on the timeline given to PSC contractors as the most suitable drilling season is confined to a relatively short window, lasting from December to April. While drilling is possible during June and October, support services such as supply vessels and helicopters may struggle to operate during the monsoon season, contributing to downtime for drilling rigs.

“In a nutshell, you’ve got a very short drilling window [even though] you’ve planned a year ahead because in deepwater drilling there are not many rigs. Most contractors of deepwater rigs don’t want to give you the rig one well at a time. This is a real challenge in picking up rigs and getting to the point where you can drill the well on time in the commitment window,” Walker highlighted.

As drilling in deepwater is a very complex operation, top priority is accorded to safety and environmental issues and contractors are likely to hire a rig staffed by an experienced crew.

Given current constraints posed by weather and logistics offshore Myanmar, operators could consider cooperation among themselves to achieve exploration objectives within the timeline allocated under the PSCs. Operators could also share the costs of engaging drilling rigs and informing  one another about seismic plans in the areas to avoid overlapping activities caused by data acquisition.

“The key is early cooperation among operators,” Walker emphasized.

The shortage of skilled manpower was another issue cited as a challenge facing Myanmar’s petroleum industry. While this is an area the government acknowledged that has to be addressed, no details were available on how it plans to go about dealing with this matter.

“It’s going to be a challenge, not only do we face competition from the oil and gas sector, but also from the telecommunication sector, competition from services and F&B [food and beverage] sectors … [The solution is to] provide endless training opportunities to encourage them to want to work with your organization,” Chen Kah Seong, country chairman at PC Myanmar (Hong Kong) Ltd., a Petronas subsidiary, said at OTC Asia.

Myanmar’s award of 20 exploration blocks under Offshore Bidding Round - 2013, having attracted several IOCs, NOCs and independent oil companies, was just the beginning in the development of the country’s potentially vast hydrocarbon resources. How MOGE works out a more efficient regime regarding issues pertaining to PSC operators may determine the pace of development in Myanmar’s oil and gas industry.

There is a degree of optimism given Myanmar’s expressed willingness to learn the industry’s best practices.

Even so, the petroleum industry in Myanmar has begun to take incremental steps to realize its potential as a major oil and gas producer. While the absence of relevant infrastructure and skilled manpower could slow the development process, the presence of many IOCs in the Offshore Bidding Round 2013 highlights the confidence they have in Myanmar’s hydrocarbon potential.