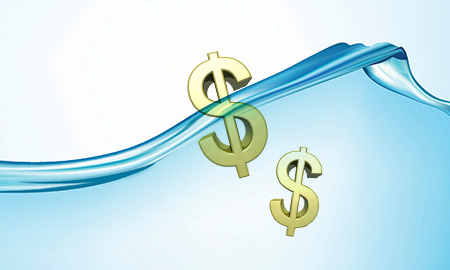 A California-based company that developed a technology for harvesting algae cells from water is adapting its invention to recycle produced and frac flowback water used in the oil and gas industry.

"Our system is continuous, chemical-free and very low-energy," Bill Charneski, general manager with OriginOil, Inc., told Rigzone last week on the sidelines of the Offshore Technology Conference 2014 in Houston.

OriginOil has modified its "Electro Water Separation" (EWS) technology to remove hydrocarbons, suspended solids and bacteria from produced or frac flowback water. The system, which the company is in the process of scaling up, separates various constituents from water via a two-stage process, Charneski said. A description of each stage follows.

"Our power requirements are extremely low – an ohm or less," he explained, adding that the largely passive two-stage process avoids the high pumping costs of other technologies.

Third-party testing of OriginOil's oil and gas industry adaptation of EWS – marketed under the trade name "EWS Petro" – has shown the process removes dispersed oil by up to 99.9 percent and total suspended solids by as much as 99.6 percent in a matter of minutes, the company maintains.