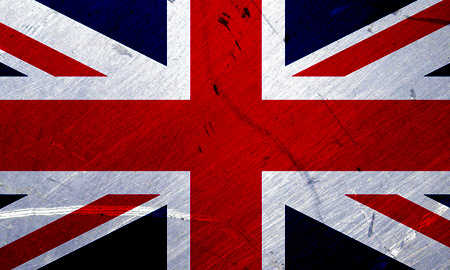 UK Energy Minister Michael Fallon and Scottish Government Energy Minister Fergus Ewing agree that fiscal stability is important for future North Sea development but differ on how this will be achieved.

UK Energy Minister Michael Fallon used a speech at the 2014 Offshore Technology Conference in Houston to point out that the right regulatory framework and an attractive fiscal regime will be required in order to find and extract a further 24 billion barrels of oil from the North Sea in the coming decades.

However, speaking to Rigzone at the conference, Scotland's Energy Minister Fergus Ewing argued that the policies of the UK central government relating to the North Sea had failed to achieve a stable regime

In his speech, Fallon said:

"The [UK Continental Shelf] still has significant oil and gas recovery potential. There are some 24 billion barrels to be found and be developed.

"But challenges come with that total. Underlying the current record investment and activity is a more complex picture. The number of fields in operation has climbed from 90 to over 300 since the 1990s. The newer discoveries are typically small and production costs are climbing. So the challenges here are clear: the economic prize is in front of us. We will need innovative companies to bring innovative solutions to the technical challenges involved in extracting those harder-to-get-at hydrocarbons.

"For the last 50 years, the United Kingdom has supported the North Sea oil and gas industry. Government and industry have worked together to make this an economic success for our country. We will continue to invest as a government in this vital industry and to put out a fiscal regime we think is best suited to drive the investment we need."

Fallon pointed out that the recently-closed 28th UK offshore licensing round had been on a par with the successful licensing rounds of 2010 and 2012, with 173 applications for 370 blocks.

"If we get the regulatory framework right and smarter, and if the fiscal regime is sufficiently attractive, I am very confident that we can continue to attract business investment such as yours and continue to develop the global competitiveness of this particular industry," Fallon said.

"It may be the final third of the North Sea story but I think it can also be a promising new era of growth and exploration and production."

In his interview with Rigzone, Scottish Energy Minister Fergus Ewing accepted that maximizing recovery is now the objective of the UK and the Scottish Government, and that the right tax incentives were needed to make sure it is profitable for the industry to continue to extract smaller quantities of oil and gas from more difficult fields.

But Ewing argued that the central UK government had not created a stable fiscal environment, noting the disappointment among some sectors of the oil and gas industry over the UK government's decision to proceed with its bareboat leasing legislation in the 2014 Budget in March.

The UK “has seen 16 tax changes in the past decade and [it has] had about as many government ministers for energy. That's not really a record to boast about and we think we can do better," Ewing, who is a leading member of the Scottish Nationalist Party, said.

On the subject of Scottish independence from the UK, Fergus told Rigzone:

"The argument [against Scottish independence] is that we don't have broad shoulders like the UK … Our shoulders are the same width as the Norwegian shoulders; the population is the same. And they recover nearly 50 percent [of their hydrocarbons], while the UK has recovered about 40 percent. Norway has saved up nearly GBP 500 billion [$845 billion] in an oil fund; the UK has built up an oil fund of zero. So, whose stewardship has been better: Norway with the narrow shoulders or the UK with the broad shoulders? So I think that argument, frankly, doesn't stack up."

Scotland goes to the polls to decide on independence from the UK on September 18 this year.