Global employment is on the rise as the oil and gas industry continues to boom. Fifty-three percent of hiring managers in the industry intend to hire more energy professionals in the first half of 2014 than the previous six months, according to a semiannual hiring survey from Rigzone.

In addition, companies are expected to spend $723 billion, or 6.1 percent more than the previous year, in exploration and production activities in 2014, Barclays reported in December 2013. Similar to other markets, employment in the oil and gas sector also follows the classic supply and demand model; at the end of March, the American Petroleum Institute stated on its website that 9.8 million jobs in the United States are supported by the industry.

As the need for oil and gas industry workers continues, below are the Top 10 most sought after jobs in North America and worldwide, as posted in the Rigzone Career Center*. 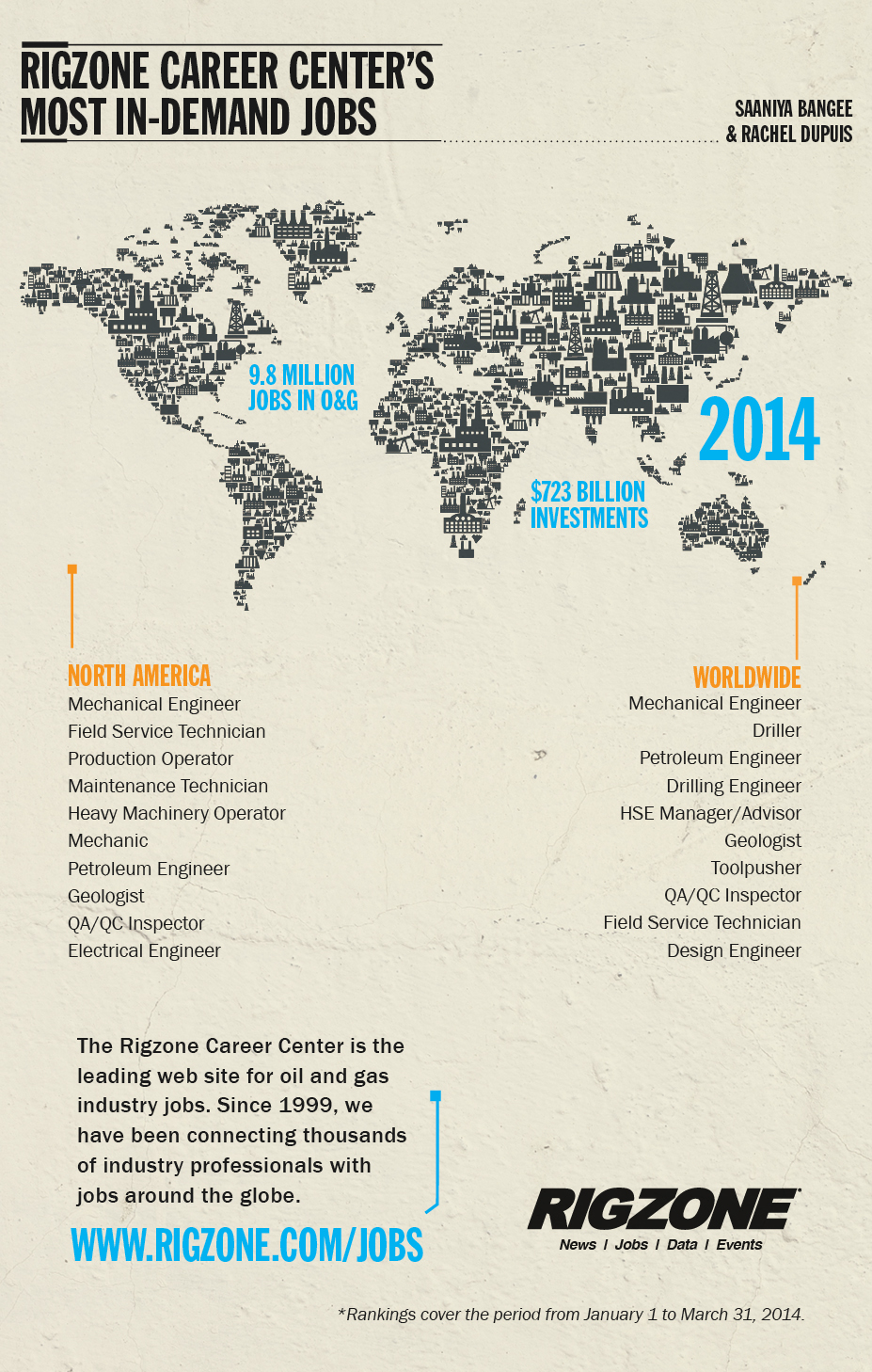 Jet Tilton  |  April 30, 2014
I have been trying to transition back into the Oil and Gas world for over a year now, but no luck! Everyone seems to only want "Senior Geologists," and no where do I see "entry-level" ....Ive been away from the O&G world for around 14 years, and see no way to get back in....Ive applied for Geotech, Engineering Tech, Land Tech, Geologist, FILE CLERK and no responses. I have a Masters in Earth Science now, and that seems to do no good. Even my previous experience as a geologist get no calls or emails or anything! So when I see "geologist" on the list above, I do question this, and when the "Senior Geologists" start retiring, and there is no one to replace them, I will not be surprised! Disheartening because I really want to work as a geologist again.