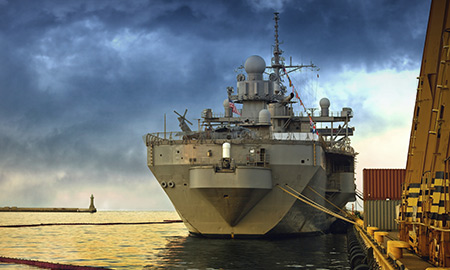 Newcastle in northeast England is being turned into a manufacturing hub for the oil and gas industry.

NEWCASTLE, England, April 23 (Reuters) – Once the beating heart of European ship building, the north bank of Newcastle's River Tyne is being turned into a manufacturing hub for the oil and gas industry in a bid to combat unemployment and preserve the English city's engineering heritage.

Idle for more than 20 years, heavy trucks and diggers now flatten and groom the old Neptune shipyard preparing for new tenants. Some, like General Electric which makes subsea pipes and specialist rope-maker Bridon, have already moved in.

Such manufacturers are drawn by cheaper property rates than the crowded oil centre of Aberdeen in Scotland combined with the heavy-lifting facilities and easy access to the North Sea offered by old Tyneside shipyards like Neptune.

Newcastle University – which boasts the biggest marine engineering department in Britain – is also building a 7 million pound ($11.8 million) centre for subsea and offshore engineering on the site, which will be finished over the next two years.

One of the old dry docks will be turned into Europe's largest test tank for subsea equipment, while a 3,000 tonne crane with the highest lift capacity on Britain's east coast will also be installed.

The development is part of a wider trend to revive Britain's manufacturing industry after years of decline.

Prime Minister David Cameron stressed the importance of bringing production back to the UK at the World Economic Forum in Davos this year, as the country attempts to reduce a perceived reliance on the financial services industry.

In the nearby city of Sunderland, Nissan's automotive plant plans to expand its facility to build cars for its premium Infiniti brand, while Canadian train and plane manufacturer Bombardier is now the biggest private-sector employer in Northern Ireland.

The development in Newcastle, in north-east England, is also part of a drive in Britain to regenerate urban areas left empty and rundown by the retreat of traditional industries.

Other projects have seen the banks of Manchester's ship canal turned into a centre for media organisations including the BBC alongside the local university.

In Newcastle, the aim is to get employment numbers along this stretch of the Tyne back to where they were before the shipyards closed in the 1980s.

Around 6,500 jobs disappeared when the yards shut. Now 3,500 people are employed on this riverside, which should rise to around 5,000 once the Neptune Energy Park is finished.

"If that happens this will be the only old shipyard in the western world that has managed to get its employment back up to where it was ... It's the biggest private employer in East Newcastle," local MP, Nick Brown, told Reuters.

"We're in the energy industry now and we know that," he added.

The jobs are much needed with England's North East having the highest rate of unemployment in the UK, above 10 percent, compared with around 7 percent for the country as a whole.

Two local brothers, Freddy and Bruce Shepherd, are behind the revival of this part of the river through their company Shepherd Offshore which owns, develops and operates the land.

For Freddy Shepherd, best known as a former chairman of local soccer club Newcastle United, it is a personal as well as a financial endeavour. In his youth he worked as an apprentice with oil major BP on the same river bank.

"We do the funding ourselves which appeals to the manufacturers ... It's really family orientated so we're always looking 30 years ahead," he told Reuters.

The Shepherds say they have invested 100 million pounds into the site since acquiring the first bit of land in 1987.

Bruce Shepherd is keen to stress the developments are complementary to the oil supply chain in Aberdeen, but adds industrial property in Newcastle is five times cheaper than in Aberdeen.

The old Walker shipyard, next door to Neptune, already has plants from GE's Wellstream and Technip producing high-end subsea pipes and cables for use both in the North Sea and abroad.

GE's pipes, built via a complex process of layering plastics and threaded steel, can be up to 7 km (4.3 miles) long and are wrapped round giant carousels too heavy to be transported by road – making river access crucial.

Another company leading Newcastle's manufacturing revival on the Tyne is Soil Machine Dynamics (SMD) which builds industrial robots and recently completed the world's first deep-sea mining machine. SMD is one of the firms looking to use the new test tank to be opened on the Neptune Park.

"The river plays a big part in the psychology of the city," said Nick Wright, an engineering professor at Newcastle University who is leading the subsea centre project.

The regeneration of the north bank of the Tyne has enabled greater collaboration with local industry.

"Our interests align very well with local businesses ... One of the things we'll use the centre for is student projects which will give them exposure to the companies there," Wright added.

Attracting graduates from the local talent pool is crucial to plans to expand production capacity. Engineers are in high demand and Newcastle must compete with the oil industry in Aberdeen and aerospace firms like Rolls-Royce which has a big plant in Derby.

For Bruce Shepherd the two-mile stretch of land which is now bustling with lorries, cranes and ships is the realisation of a long-term vision. "We've worked hard to get industry back to the north side of the Tyne. It's the best thing I could do."