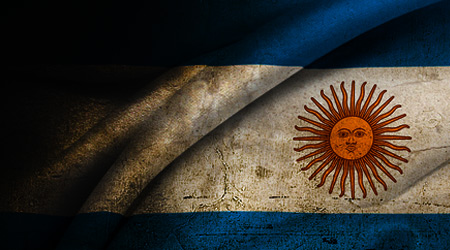 Argentina's government is hoping to have an easier time attracting international investors to exploit its fields now that its Congress has agreed to pay Grupo Repsol $5B.

BUENOS AIRES, Argentina (AP) — Argentina's government is hoping to have an easier time attracting international investors to exploit its oil and gas fields now that its Congress has agreed to pay Grupo Repsol $5 billion for the Spanish company's controlling stake in the YPF oil company. President Cristina Fernandez nationalized the company two years ago without paying anything beforehand to Respsol, which had demanded $10.5 billion in compensation.

The deal was approved early Thursday by a vote of 135-59 with 42 deputies abstaining after a marathon debate in Argentina's legislature.

Repsol's board and shareholders had already agreed to the package of dollar-denominated bonds, accepting less than half what it said its 51 percent stake was worth.

In exchange, Repsol is dropping all legal action against YPF as well as its threats to sue potential investors in the "Vaca Muerta" shale deposits that the company discovered under Repsol's leadership.

Fernandez and her economy ministers justified the seizure of Repsol's controlling 51-percent stake in the company by arguing that the Madrid-based company had failed to invest sufficiently in exploration and oil development in Argentina, obligating the government to spend billions of dollars on fuel imports. Repsol said Fernandez has only herself to blame, because price controls, consumer subsidies and ever-changing energy policies made it impossible to count on a return from its investments.

Repsol's Vaca Muerta find remains one of the world's largest potential sources of shale oil and natural gas, and YPF's executives have been trying to attract deep-pocketed partners willing to make the long-term investments needed to extract it using hydraulic fracturing technology. The deal could mark a turning point for the Fernandez government, which has been running out of money to keep importing fuel.