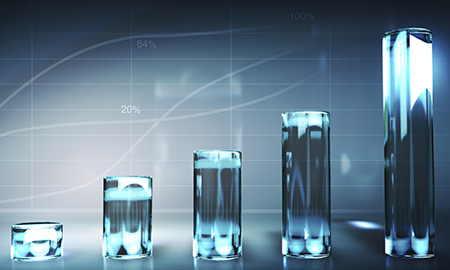 "Geographically, the largest total oil discoveries in 2012 were from Texas, North Dakota and Oklahoma. Texas led by a considerable margin, with discoveries of 3.0 billion barrels (mostly in the Eagle Ford play)," the EIA said.

The sparsely populated prairie state has been transformed since the Bakken began significant oil production and is now second only to Texas in U.S. oil production. As of 2012, it is also the third largest state in terms of reserves after Texas and the Gulf of Mexico, which the EIA terms as a "state."

In previous years Alaska and California were ahead of North Dakota in reserves.

Outside The World's Top Ten

U.S. oil reserves are now at their highest since 1976, underscoring renewed hopes for U.S. energy independence. But the country still stands just outside the world's top 10 in terms of reserves.

Even after the increase, it holds less than half as much crude as Russia, which ranked No. 8 in 2012 with 87 billion barrels in BP Plc's benchmark Statistic Review of World Energy published last year.

The world's five largest resource-holders, which include OPEC's biggest members plus Canada, hold over 1 trillion barrels, according to the review.

As gas prices halved and dropped to a 10-year low below $2 per million British thermal units (mmBtu), investment in gas drilling fell sharply and the gas rig count plummeted from record highs.

Still, the EIA expects reserves to have rebounded again in 2013, when gas prices recovered to above $4 per mmBtu.

Proven reserves in the Marcellus shale formation in Pennsylvania and West Virginia surpassed those in the Barnett Shale play of Texas to become the largest in the country, the EIA said.