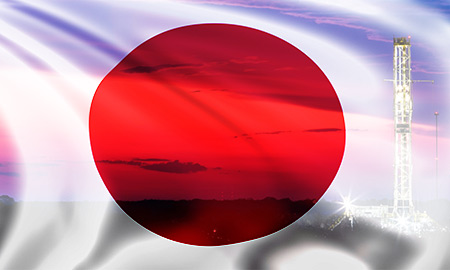 Daily production from shale layers deep below the Ayukawa oil and gas field was about 220 barrels of crude (35 kilolitres), the company said in a statement.

The company also said it would begin drilling for shale oil in Fukumezawa oil field in Akita from late May.

Japan's total oil and gas production was about 77,000 barrels per day (bpd) of oil equivalent in the year ended March 2013, including 25,400 bpd of oil and gas from Japex.

The country's oil and gas needs have spiked as its nuclear power stations have slowly been shut down due to the Fukushima nuclear disaster three years ago, forcing Tokyo to spend billions of dollars more on fuel for electricity generation.

Japan imports almost all of its energy needs, and has been trying to prove up domestic oil and gas reserves or other energy sources for decades without much success.

Shale oil, also known as "tight oil" because it is sandwiched between hard layers of shale rock, is one of the world's fastest-growing sources of oil and mass production has taken off in the United States and Canada.

Japex has estimated that up to about 100 million barrels of shale oil - equivalent to about 8 percent of Japan's annual domestic oil demand - lie under Akita prefecture.