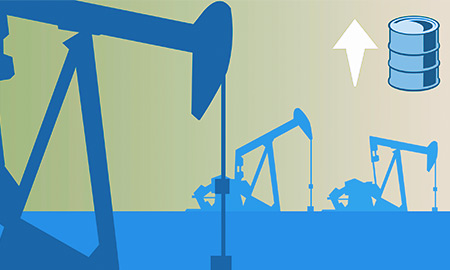 WILLISTON, N.D. (AP) — Oil production in North Dakota and Montana's Bakken and Three Forks formations will average 1.1 million barrels per day this year, according to estimates announced Wednesday by a research firm.

Wood Mackenzie anticipates that oil production in the North Dakota and Montana sections of the Bakken and Three Forks formations will grow to 1.7 million barrels per day in 2020.

"We're very confident on the future of the Bakken," said Jonathan Garrett, an analyst at Wood Mackenzie. He added that the expected lifetime of a Bakken well is 25 years to 30 years.

Wood Mackenzie projects that $15 billion will be spent on drilling and completion of wells by Bakken participants in 2014.

The research firm also said there is close to $118 billion in remaining value in the American portions of the Bakken and Three Forks formations, which also stretch into Canada's Saskatchewan and Manitoba provinces.

"Today, the Bakken produces more crude oil than any other unconventional play in the world," Wood Mackenzie said in a statement.

"Those aren't terms that go along with boom and bust," said Ron Ness, the president of the North Dakota Petroleum Council. "Those are elements that show you that the Bakken is a very unique and world-class resource."

North Dakota is the second-biggest oil producer in the nation, behind Texas.