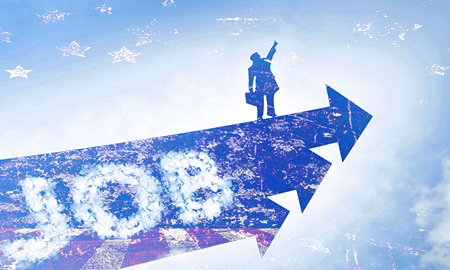 The Department of the Interior continues to face challenges hiring and retaining staff with key skills needed to manage and oversee oil and gas operations on federal leases.

Employers are hiring more selectively, looking for the ideal match, but it’s not enough for a potential employee to be able to do the job, employers want someone already doing that exact job. Labor shortages, which have caused a ripple in the oil and gas industry, are now being felt at the federal level.

The Department of the Interior faces challenges in hiring and retaining staff with key skills needed to manage and oversee oil and gas operations on federal leases and will continue to feel this pinch, according to the U.S. Government Accountability Office (GAO) in its testimony, “Oil and Gas: Interior has begun to Address Hiring and Retention Challenges but Needs to Do More”.

The three interior bureaus – Bureau of Land Management (BLM), Bureau of Ocean Energy Management (BOEM), and Bureau of Safety and Environmental Enforcement (BSEE) – will continue to experience a decrease in employment, roughly 407,500, according to the U.S. Bureau of Labor Statistics, from now until 2022.

Overall, in more than 4 out of 5 occupations, openings from replacement needs are projected to exceed openings from growth. These statistics are coupled with the Department of Interior’s persistent challenges of hiring and retaining sufficient staff to provide efficient and effective oversight of oil and gas activities, stated GAO.

Interior officials noted two major factors that contribute to these challenges in hiring and retaining staff: lower salaries and a slow hiring process compared with similar positions in the industry. In response to the survey, the three bureaus reported ongoing difficulties filling vacancies, particularly for petroleum and geologists.

“Many reported that retention is an ongoing concern as staff leave for positions within the industry,” stated Franklin W. Rusco, Director, Natural Resources and Environment, Government Accountability Office, to Rigzone. “One of the biggest challenges for the Interior is that, in times when the oil and gas industry is booming, obviously the people like geologist and petroleum engineers are in high demand, and therefore their wages go up.”

The fiscal year 2012 attrition rate for petroleum engineers at BLM was over 20 percent, or more than double the average federal attrition rate of 9.1 percent, according to the Office of Personnel Management (OPM) data. The attrition rate is of concern, field office officials stated, because some field offices have only a few employees in any given position, and a single separation can significantly affect operations.

Micah  |  April 30, 2014
If you want to grow professionally in the field of petroleum engineering, and to get compensated in line with your peers, then avoid government jobs. Petroleum engineers in the government sector arent looked upon as equivalents by their industry peers, technically speaking. If government work is in your career path, then I recommend getting experience in the private industry first, and for a minimum of 10 years. 10 years of industry experience is far more valuable to the government than 10 years of government experience.
Matt  |  April 10, 2014
Plus, these jobs pay horribly. I got a job offer from BSEE out of school and it was less than half of what an entry level engineer makes at an oil company.
Keith Patton  |  April 03, 2014
Having been in the petroleum industry for over 34 years as a geologist, I can say that only one time did I consider working for the Federal Government. The red tape associated with merely applying for a federal job was such that I abandoned my one an only attempt as not worth the effort. Federal employment is the refuge of last resort, and I feel that a lot of people took sanctuary in goverment employment to insulate themselves from cyclic the ups and downs of employment in the petrolum industry and not by any desire to do public service.
RELATED COMPANIES
Company: US Department of the Interior more info