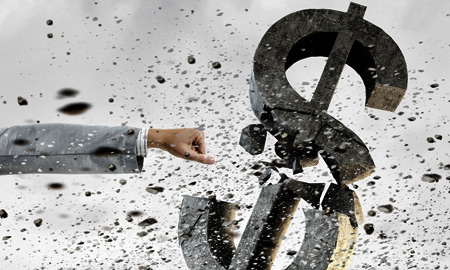 On a mission to crush costs, global oil firms are rewriting the rule book on how they deal with service companies.

OSLO, March 26 (Reuters) - On a mission to crush costs, global oil firms are rewriting the rule book on how they deal with service companies.

Some now ask service firms to come into projects at the start, ditch some tailor-made designs in favour of standardised solutions and stay with projects longer to reduce the number of contractors involved, moves that reduce costs but favour bigger, integrated firms.

Oil service shares have suffered over the past year, with European firms hit the most. Analysts at UBS estimate they trade at 14 percent discount to their 5-year average with a further downside risk as investors adjust to a lower growth scenario.

"It is evident that the problem is not the services making supernormal returns but rather, given the persistence of execution issues, that something in the contracting model needs to change," UBS said.

"Now is the time of integration, with one service company doing everything with the client from planning the well to building it," Torjer Halle, the chairman of Schlumberger's Norwegian unit said. "Size matters and (integration) will happen in the industry."

A big extra cost has been that oil companies have built up redundant competencies with costly control systems since BP's 2010 Macondo accident in the Gulf of Mexico, especially for expensive engineering.

"Over many years people have become very inward thinking and believe the processes they have built up are the Holy Grail," said Ashley Heppenstall, the CEO of Swedish oil firm Lundin Petroleum.

"We have seen what .... we refer to as 'gold-plating', specifications beyond what is really required," Kristian Siem, the chairman of Britain-based Subsea 7 said.

"There is a lot of 'it is nice to have' but not 'need to have'. If you eliminate that, that is where the big cost is."

It told Aker Solutions to reduce engineering costs by up to 30 percent, potentially $900 million, in the initial phase of its Johan Sverdrup oilfield, a North Sea giant with up to 2.9 billion barrels of oil.

To get that kind of saving, Aker Solutions has to get involved earlier than in past projects, combine work with another field and reuse design elements from past projects - instead of starting from scratch, Chief Financial Officer Leif Borge said.

Statoil has already experimented with some standardisation on smaller, marginal fields but has not done anything on the scale of Sverdrup, which could cost $20 billion in its initial phase.

"Tailor-made projects needs to be replaced by copy-paste because there's substantial opportunity to just repeat solutions, not necessarily go into mass production, but to replicate solutions that have been used before to reduce costs," Jan Arve Haugan, the CEO of Norway's Kvaerner said.

Just this week Schlumberger, one of the biggest players in the sector, said it was taking business away from rivals and that its first quarter was better than it projected.

"Shifting supplier for every project, you will never get efficient processes," Aker's Borge said. "This gives us a stronger position but it also puts your head on the block.... because there's a risk that you invest in a relationship but can't secure the business."

Another risk is that the increased use of standardisation could push firms to develop simpler, less complex fields and leave more complex finds dormant.

"If we are not able to lower the cost development, decision makers will move away from the North Sea once the ongoing projects are done," Kvaerner's Haugan said.

The International Energy Agency sees oil prices down at $102 per barrel next year from the current $107 as several producers ramp up output, a big change for energy companies that have commissioned projects assuming higher prices.

Reid V. Williams  |  April 29, 2014
I totally agree with Ben Lehr. I too have 35 plus years in the O&G Industry worldwide. I was last in Kuwait where a big French Integrated Service Company had a sweet master contract with KOC. They priced items out of sight and KOC didnt say a thing. This ISC MC gave the service company cart blanc to charge whatever, to put inexperienced personnel in place and equipment that rarely worked the first time. Without completion there is a lack of incentive to make positive change. I will never consult with KOC again. .
Ben Lehr  |  April 05, 2014
On integrated services. It does not work, it breeds inexperienced personnel at the well site with very little support from office managers. It is costly and inefficient as the personnel know that they have a contract and they are backed by the service company. The integrated service company will never take accountability for anything, believe me they will try to pass the buck on everything. I work in a project in Central Africa where we have integrated services and|I can tell you with having over 40 years of oil & gas experience from the wellhead to corporate office I have never seen such a disorganized inexperienced and costly operation in my entire career. In my opinion stay away from integrated services and keep the competition at the wellhead.