Musings: The Challenges Facing Saudi Arabia Include More Than Oil 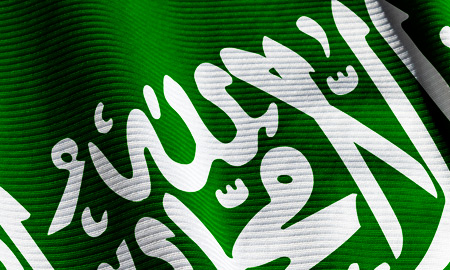 Although the IEA is calling for Saudi Arabia to keep pumping nearly 10 MMbopd, G. Allen Brooks believes the country is struggling with the deteriorating political situation surrounding the country.

The International Energy Agency (IEA) recently issued a call for Saudi Arabia to sustain its current oil output during the upcoming seasonally weak global oil demand period in order to rebuild global crude oil inventories following the harsh winter in the Northern Hemisphere and the uptick in developing country oil needs. The IEA estimates that Saudi oil production in January was 9.76 million barrels a day (b/d), down about 60,000 b/d from December’s output level. Saudi’s sales for January, which includes volumes from storage, averaged 9.92 million b/d, down 70,000 b/d from December. A challenge for the Kingdom may come after March when it shuts down the Shaybah field, currently producing 750,000 b/d of light oil, to hook in new production facilities enabling the field to boost production to 1 million b/d in April 2015.

The call for Saudi to sustain its nearly 10 million b/d output to ease a potential global price spike reflects the belief that the Kingdom will take direction from its customers about its oil output policy. As we have found in the past, this belief may not prove accurate, although it has generally been correct. Saudi is caught in the middle of a rapidly changing Middle East geopolitical environment. These tensions surfaced with the first Arab Spring, but they often drop off the radar screen due to other geopolitical developments such as the East-West struggle over the Ukraine.

To appreciate how the geopolitical environment that shapes Saudi Arabia’s reaction, and its oil output policy, please see the following two charts. It was only five years ago when the entire geopolitical story of the Middle East was centered on the wars waged by the United States and its allies in Iraq and Afghanistan. The Iraqi conflict had the attention of officials in Saudi Arabia because the battle was perceived as a struggle between the two dominant religious sects – the Sunnis and the Shia. This struggle, which involves the Al Qaeda terrorist organization along with its numerous affiliated terrorist groups, is reshaping the political landscape of the Middle East and North Africa. As the map in Exhibit 15 shows, most of the region is now engulfed with this struggle.

As Saudi Arabia contains the most holy sites of the Islamic religion, the Saudi royal family is its custodian and protector. Recently, a new political struggle erupted when Saudi Arabia listed the Muslim Brotherhood as a terrorist organization and the country withdrawal of its ambassador from Qatar who has been supporting the Brotherhood. The United Arab Emirates, Bahrain and Egypt have followed suit, also withdrawing their ambassadors. The spat with Qatar started a couple of weeks ago at a Gulf Cooperation Council foreign ministers’ meeting held in Riyadh. Saudi Foreign Minister Saud bin Faisal declared that Qatar needed to shut down the television station Al-Jazeera, the Brookings Doha Center and the Rand Qatar Policy Institute if the emirate did not wish to be punished.

The punishment was not specified, although the media has reported that Saudi Arabia has threatened a sea blockade of Qatar, although shutting down its land border would be considerably more effective. Qatar has only 40 miles of sea and land borders, with its only land border being with Saudi Arabia. At present, a substantial amount of fresh food and other goods crosses the border every day to supply the busy city of Doha. The border between the two countries has been disputed for 35 years. Qatar and Saudi Arabia skirmished in 1992, when Saudi troops occupied a border post. A final border agreement was signed in 2001.

At the root of the Qatari dispute is a political clash between the emir of Qatar, Sheikh Tamin bin Hamad, and Saudi Arabia’s King Abdullah bin Abdulaziz over support for Islamist groups perceived to be terrorists by the old, autocratic rulers in the region. The principal focus is on Qatar’s support for the Muslim Brotherhood that was instrumental in helping to depose Egypt President Hosni Mubarak several years ago and replace him with the organization’s president, Muhammad Morsi. The Saudi monarchy has been supportive of the military rulers of Egypt who overthrew the Morsi regime late last year. Saudi Arabia, along with the United Arab Emirates, has sent billions of dollars in order to prop up the military government, with no end in sight to the political and economic chaos in the country.

The demand for Qatar to shut down the branches of the two American think tanks is intended to embarrass President Barack Obama who is scheduled to visit Riyadh later this month. The Saudi monarchy has been upset with the U.S. position on Iran and with its lack of involvement in resolving the Syrian civil war, both of which are considered threats to the Sunni-dominated state. The Saudi monarchy is, and has been, concerned about the 12% of its population that are Shiite and that live over the Kingdom’s petroleum reserves. The Kingdom is concerned about Shiite Political Islam, the ideology of the Iranian state, which it believes was behind the social unrest in Bahrain during the Arab Spring. Saudi was so concerned about the stability in Bahrain that it sent troops into the country to support the current ruler.

The Saudi Royal family was described as both outraged and threatened by the role of Al Jazeera in the first years of the Arab Spring, which saw fellow potentates deposed in Tunisia and Egypt. They have become increasingly upset with Al Jazeera’s sympathetic television coverage of the secular and Islamist opposition in Egypt. There has recently been a court hearing in Egypt involving three Al Jazeera reporters who are accused of “joining a terrorist group, aiding a terrorist group, and endangering national security.” A fourth reporter is being tried in a separate case. The military-backed Egyptian government has now outlawed the Muslim Brotherhood.

Saudi Arabia’s actions have paralyzed the Gulf Cooperation Council, with Oman refusing to expel Qatar and Kuwait uneasy about developments. This stance is beginning to further crystalize the realignment of countries in the region. Reportedly, within hours of the Saudi decision to withdraw its ambassador to Doha, Turkish Prime Minister Recep Tayyip Erdoǧan called the emir of Qatar to express his country’s support. Analysts believe that Saudi’s and its supporters’ actions have moved Qatar closer to Iran. Another interesting aspect of this split is the perceived generational battle. Saudi Arabia is ruled by its 89-year old king while the emir of Qatar is only 33 years old. We have written several articles in the past focusing on the upcoming generational leadership change in Saudi Arabia as the current king and his brothers and half-brothers pass from the scene and the country’s leadership transitions to the younger generations – not necessarily the children of the current leaders but possibly to their grandchildren. What will be the tolerance of this younger generation to the economic and social changes now demanded by the Saudi population? While the current Saudi king boosted social expenditures in the aftermath of the Arab Spring to buy peace among his constituents, will those spending decisions be endorsed, expanded or possibly reduced when the younger leaders accede to power? That decision alone could influence the country’s oil policy as it will dictate just how much revenue the Kingdom needs to sustain its government. The regional realignment will also dictate the size and sophistication of the Saudi military in the future – another expense to be supported by the Kingdom’s oil output.

Besides the question of exactly how much oil Saudi Arabia desires to export, there remains the issue of possible constraints on getting its output to market. Two maps help demonstrate that challenge. The first map shows the Oil Corridor where at least 25% of the world’s oil supply originates. The religious aspect for oil output is also shown by that map. The second map shows the three shipping choke points for Middle East and Saudi Arabian oil output. The 1960s shutdown of the Suez Canal in Egypt not only drove oil prices higher but also contributed to the development of the supertanker that was able to haul much larger volumes of oil since they were not constrained by the dimensions of the canal for passage. Closure of any one of these choke points would set off a scramble for oil supplies causing global oil prices to spike and likely setting off the next global recession. That event could trigger a major shift in the future evolution of global energy markets as the high oil price would force countries to enforce energy conservation and adopt a more rapid program to develop alternative energy sources.

To better understand some of the oil market dynamics at work amongst the key Middle East and North African players in this regional realignment, the chart in Exhibit 19 shows monthly oil production since 2009 for Iran, Iraq, Libya and Saudi Arabia. The chart shows how the civil war in Libya and the impact of the West’s economic sanctions against Iran have limited their oil output. One can also see the slow but steady rise in Iraqi oil production, another wildcard in the global oil supply picture. The shifts in oil output from these three countries helps explain why Saudi Arabia has sustained its high oil production for so long despite rather anemic global oil demand growth as it wants to prevent a spike in oil prices.

Saudi Arabia faces two major questions, the answers to which will help determine how the country responds to the IEA’s call for sustained output. Will the easing of the economic and financial sanctions scheduled under the recently negotiated nuclear deal between Iran and the United States result in a surge in Iran’s oil production? Will the turmoil in Libya end and its oil output be restored to past levels? If both countries are able to boost their output, then the burden for supporting $100 a barrel global oil prices will fall to Saudi Arabia who can more easily cut back its output. Once again, however, the Kingdom is presented with an opportunity to possibly teach its fellow Organization of Petroleum Exporting Countries (OPEC) members another lesson about their need to be more deferential to Saudi Arabia’s wishes, which may extend beyond just oil output levels.