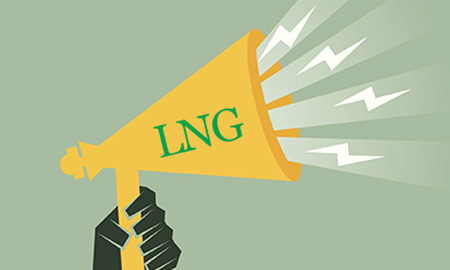 U.S. LNG could aid its European allies, particularly Ukraine, in weaning their dependence on natural gas from Russia, a policy expert tells Rigzone.

Russia's recent invasion of the Crimea in eastern Ukraine provided a dramatic backdrop for discussions about U.S. oil and natural gas exports during last week's CERAWeek Conference in Houston. For starters, panelists observed that U.S. oil and natural gas exports could benefit U.S. allies in Europe and Asia. Moreover, they pointed out the United States' supply cushion gives it leverage to pursue sanctions on Iran. Chevron Corp. Chairman and CEO John Watson told attendees that the U.S. should move forward with exporting oil and liquefied natural gas (LNG), saying that U.S. consumers and U.S. allies would benefit.

Below are excerpts from Rigzone’s recent interview with Weissman.

Rigzone: With only a handful of U.S. LNG export licenses approved, could the U.S. really aid the Ukraine in terms of LNG exports? How much in terms of natural gas volume would it take to influence the Ukrainian crisis?

Weissman: The U.S. could definitely aid Ukraine in particular and our European allies more generally. Russia is heavily dependent upon natural gas sales to Europe for a major share of the Russian government’s revenues. It does not want – and cannot afford – for the U.S. to compete aggressively for natural gas sales to European countries that currently buy natural gas. If the U.S. were to make its intentions clear, regarding an aggressive ramp-up for LNG exports to Ukraine and to our allies in Europe, Russia would be under tremendous pressure to provide whatever near-term concessions it needs to in order to convince its customers that Russia is a dependable supplier and that these customers do not need to purchase natural gas from the U.S. These pressures would be strongest as it applies to Russia’s relationship with Germany and countries in Central Europe. If these countries were firm enough, though, they could use this pressure to ensure that Russia continues to supply Ukraine, without price increases.

Potential U.S. exports to Europe of 5 to 10 billion cubic feet per day (Bcf/d) would be more than enough to create a major point of leverage vis a vis Russia.

William Cotten  |  March 19, 2014
The US policy should be looking at using US gas exports only as a bridge to aid Europe and the Ukraine. In parallel to gas export sales to Europe, the US government should also be focusing on creating a general consensus in Europe to move forward to develop the large gas reserves that lie under Europe. Developing their own reserves should be of great strategic importance to many European countries. Any immediate exports from the USA should be combined with a general EU commitment for US technology transfer agreements and expertise to develop their own gas reserves based on an agreed to time line.
B. Morsi  |  March 13, 2014
I wonder how these people think of exporting crude oil and this country is still importing about 8-million bbl/day! Is it just to make more money by creating more shortage in this country? If we have oil to export, why we need to import and why the oil price is still hovering around $100/bbl? Do you think exporting one million bbl of petroleum product will make a dent of the world economy? Just be serious!
RELATED COMPANIES
Company: IHS, Inc. more info