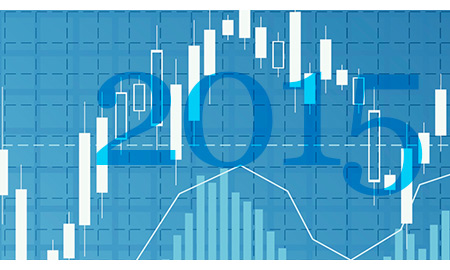 Production from the Eagle Ford unconventional oil play in South Texas is expected to keep growing through 2014 and to break the 1.5 million barrel per day mark in 2015.

Production from the Eagle Ford unconventional oil play in South Texas is expected to keep growing through 2014 and to break the 1.5 million barrel per day (bpd) mark in 2015, an analyst told attendees at the Platts’ North America Crude Conference in Houston Feb. 27-28.

While infrastructure projects will bring this crude production to market, little has been done to grow incremental demand in the North America Lower 48 market, Minter noted. For this reason, the light crude market should be pretty aggressive and competitive in the near-term; by year end, Bentek believes that North America crude production will have pushed out all light sweet waterborne imports, Minter said.

Last year was phenomenal in terms of oil production. In 2012, North America crude production grew 10 percent year over year; in 2013, it grew 17 percent year over year to 1.4 million bpd. This growth comes on the heels of decades of consistent but gradual decline, Minter said. North America crude production has experienced a “strong, quick” reversal to the steady, gradual decline previously seen in oil production.

“For every barrel we produced, we have pushed out one corresponding barrels of crude, which says that, in 2013, we imported 1.2 million bpd less than in 2012,” said Minter.

Bentek anticipates the production boom to continue, with lots of natural gas liquids and crude oil coming online, based on the number of rigs active in the middle of the North American continent. The rig count declined from 2011 to 2012, yet production increased. In 2013, more rigs were brought back into the fleet because demand and prices incentivized operators to do so. This increase in the rig fleet will bring even more production online, Minter noted.

Eagle Ford production will continue to grow through 2014, fueling a reduction in net crude imports and driving exports of refined products in the U.S. to pre-1990 levels, according to a January 2014 research report from GlobalData. Companies are expected to spend around $30 billion in capital during 2014.

With over 250 rigs operating in Eagle Ford, companies are expected to spend approximately $30 billion in capital this year, and nearly all of the major operators are projecting at least five years more drilling at the current rapid pace, Slimm said. The most efficient operators in sweet spots are achieving over 100 percent pre-tax IRR with conservative pricing.

According to GlobalData, ConocoPhillips is one of these companies due to its operating some of the best acreage in the play. The company’s production in the play is forecast to peak at 225,000 barrels of oil equivalent per day (boepd) in 2026. 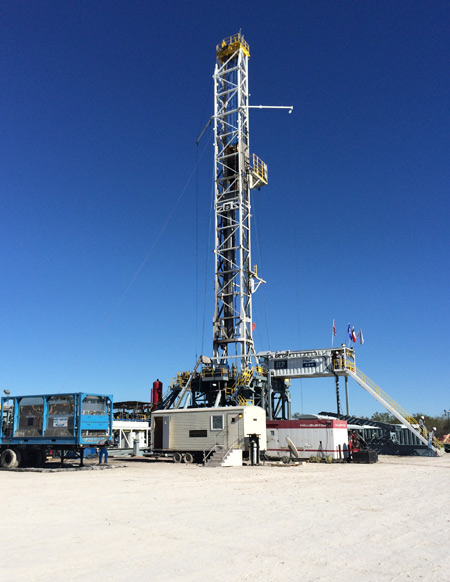 While most of Chesapeake Energy Corp.’s acreage has been generally considered inferior, an advantageous joint venture with China National Offshore Oil Corp. has provided ample capital for development that is forecast to peak at 210,000 boepd.

Companies are continuing to examine their approaches to horizontal drilling and hydraulic fracturing, utilizing techniques such as pad drilling and white sand for proppant, in order to reduce drilling completion times and costs. While operators are really starting to optimize their drilling and completion efforts – with peaks in production being seen – lack of infrastructure and resources such as water are holding up development.

For this reason, more and more companies are including infrastructure costs in their capital budgets, Slimm told Rigzone, who reports seeing up to 30 percent of companies’ capital expenditures earmarked for infrastructure to handle production increases seen last year.

The company has taken a holistic approach to technology application in its U.S. onshore operations by focusing on three areas: increased efficiency, increased recovery, and social license to operate, or health, safety and environmental issues. Each day, the company looks at the proven and unproven technology that is commercially available on the market to Statoil. Tier 1 encompasses technology that can immediately improve operations – much of the technology development in this area revolves around operational efficiency. Technology that will take time to develop is grouped into Tiers 2, 3 and 4.

Over the past few years, Statoil has moved over 30 people involved in research, development and innovation to its Houston office. This group works closely with the company’s Eagle Ford operations to refine technology from Tiers 2-4 in a portfolio of 10 projects, said Kevin O’Donnell, vice president of asset management, development & production North America, U.S. onshore.

Statoil’s approach to its U.S. shale assets is one of “continuous evolution”. Prior to taking their first shale operatorship, Statoil formed an operations group for its Eagle Ford operations. The company had to build a fit-for-purpose system to establish processes for its three U.S. shale assets order to build reliability and repeatability to drill thousands of shale wells. The company also focused on building a capable workforce with lots of onshore experience.

Now in its leverage phase of operations, Statoil has undertaken deliberate improvement initiatives for U.S. to extend the learning curve in this phase of its operations. One such initiative is Statoil’s ‘Perfect Well’ technique. Based on an old Japanese manufacturing process, Single Minute Exchange of Dye, the company seeks to break down the drilling process into a lot of detail. During this process, questions are posed about why certain steps are taken, and whether these steps can be moved off the critical path and done before, after or during the drilling process on another path. By doing so, the drilling cycle can be shortened – either through technology or automation – saving time and money.

The discussions involving the Perfect Well technique start with the subsurface team. Typically, geoscience and reservoir engineers want a lot of data. In their discussions, Statoil found that data can be gathered with a cheaper tool or through a more simple process, such as only logging every fourth wells, or the amount of jewelry that’s wanted versus what’s actually needed.

“Sometimes, there are also just steps taken because ‘that’s the way people do things’, such as a wiper trip,” said O’Donnell.

To improve its drilling technique in U.S. shale plays, Statoil has started holding workshops focused on drilling. The workshops, which last three days, involve a dozen people intimately familiar with the operations. In these workshops, ideas to improve drilling are discussed. Statoil held its Eagle Ford drilling workshop in August, and plans to hold workshops on completion once it’s finished with drilling workshops.

“The workshops enable ‘good facilitation by people that know drilling with people actually doing the work and challenging them on every little thing. It’s about taking a harsh look at what is done with an open mind,” O’Donnell said.

The sweet spots in the Eagle Ford play are found in its condensate region in Karnes, Gonzales and into LaSalle and Dewitt counties. Companies such as Anadarko Petroleum Corp. and Rosetta Resources Inc. have had success with wells that are liquids-rich, but still gassier and therefore sensitive to natural gas liquids prices, Nick Shera, Eagle Ford analyst with GlobalData.

Some companies such as Halcon Resources are working to develop the Eagle Bine – and combination of the Eagle Ford and Woodbine plays – in the eastern portion of the Eagle Ford play in Robertson and Leon counties. Some operators are hoping to apply hydraulic fracturing technology to the Austin Chalk play, where drilling activity has taken place since the 1980s.

Some pretty good wells have been drilled in the Austin chalk, with 1,000 barrels of oil per day at 24 hour rates. Operators are hopeful on the play, but a lot of work still remains. Some success has been seen in the Buda formation, which is more of a limestone formation a limestone formation, but a lot of failures have been seen in the Buda as well. Efficient operators can drill a well at a cost of $5 million, but some operators are still spending $9 million; in the northern portion of the play, some wells have been drilled at a cost of $4 million, but not in the most productive regions.

Another key Eagle Ford operator, BHP Billiton Ltd. (BHP), has had wells record an extremely high IRR, despite reported costs of $10 million per well in 2011. BHP is forecast to hit peak production of 210,000 boepd, according to GlobalData.

BHP’s U.S. onshore assets will become the primary source of free cash flow for the company by 2020, said Tim Cutt, president of BHP’s petroleum and potash business, at a media event in Houston late last year.

The company’s U.S. onshore shale assets will generate $6 billion in cash flow from calendar year 2013 to 2020. Over that time, the company’s cash flow will turn from negative to positive over that time to $3 billion per year as it reduces drilling costs and leverages technology to drive improvement in its estimate ultimate recovery for shale wells.

BHP’s focus on its shale assets is part of its strategy of focusing on high-value opportunities while preserving opportunities for the future, Cutt said.

BHP has shifted from gas to liquids production in its U.S. shale assets, but is still producing a significant amount of gas. BHP’s shale assets are performing well in comparison to its petroleum assets over the past 18 months.

BHP has total resources estimated at 10 billion barrels of oil. The company explores for oil and gas worldwide, but its primary focus remains on its Australia and U.S.-based assets. BHP’s petroleum operations generate 30 percent of its cash flow; half the company’s cash flow comes from its iron ore assets. Twenty percent of BHP’s cash flow comes from its copper operations. The amount of cash flow generated by its coal assets, another pillar of BHP’s business, fluctuates with time.

The company is seeking to reduce worker exposure to silica in hydraulic fracturing and looking at ways to reduce fresh water usage in its U.S. onshore operations. BHP is familiar with dust from its mining operations; Cutt thinks BHP can go completely dust-free in its U.S. shale operations, and could be an industry leader in addressing the silica issue.

“We went to one of our Eagle Ford locations where workers were in the middle of a frac job, and it was dust-free,” said Cutt.

BHP is working to reduce its use of fresh water in hydraulic fracturing operations and to reduce greenhouse gas emissions released through flaring.

Applying technology to expand unconventional production in its U.S. shale operations is part of Statoil ASA’s goal of achieving 2.5 million boepd globally in 2020.

Norway-based Statoil entered U.S. onshore unconventional plays through joint ventures with Chesapeake for the Marcellus play in 2008 and Talisman Energy Inc. in the Eagle Ford play in 2010. Talisman transitioned operatorship of the eastern portion of its Eagle Ford acreage to Statoil. The company now operates acreage in Karnes, DeWitt and Live Oak counties. Production from Statoil’s approximate 70,000 net acres in the Eagle Ford is 32,100 boepd.

“We have numbers and achievements we look forward to, but Statoil is a values-based company — not only are the numbers important, but how we achieve those numbers is critical, especially in the onshore areas where we’re so close to the community.”

To achieve this goal, Statoil has developed commitments to safe operations to keep its workforce and the local community safe and to minimize its environmental footprint. Part of Statoil’s strategy on safety has included partnering with its contractors to ensure that its partners understand Statoil’s safety targets and that these targets are met.

“We’re still learning and improving in the shale plays, not just on technology side, looking at higher recovery and new drilling efficiencies,” Rubik noted. “We have to be humble and taken in that learning and continue to improve.”