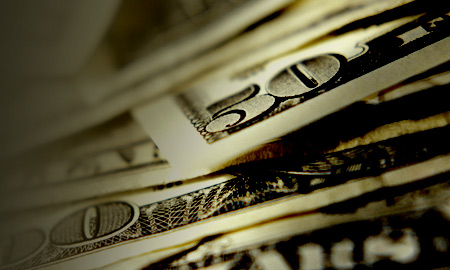 Drilling for oil and gas deposits outside North America has hit the highest level in three decades, led by big exploration and production programs in the Middle East and Africa.

LONDON, March 4 (Reuters) - Drilling for oil and gas deposits outside North America has hit the highest level in three decades, led by big exploration and production programmes in the Middle East and Africa.

More than 1,300 drilling rigs have been operating on average over the last six months, the greatest number since 1983, according to oilfield services company Baker Hughes.

The number of rigs is up 20 percent compared with 2008 and has more than doubled since hitting a nadir in 1999.

The boom is being led by the Middle East, where the number of rigs operating has tripled since 1999, and Africa, where the rig count is up almost four times.

Rig counts reported by Baker Hughes do not include onshore China, Russia, the Caspian and certain other countries.

According to the company, more than 400 onshore and offshore rigs were drilling in the Middle East in December and January, the greatest number since the 1970s.

Over the last six months, Iraq averaged more than 90, up from zero in 1999, when the country was still under U.N. sanctions.

Kuwait, too, is witnessing a drilling revolution, with more than 30 rigs, three times as many as at the turn of the century.

In Africa, the boom is led by Algeria (almost 50) and Angola (13 offshore). In both cases drilling has tripled over the last 15 years.

These five countries alone account for 30 percent of the increase in drilling outside North America since 1999.

All are very mature oil producers, with well-surveyed resources and large conventional oil and gas fields.

In recent years, observers have focused on the development of unconventional shale reservoirs and technically challenging frontier resources in ultra-deep water off the coasts of South America and Africa as well as in tough environments such as Central Asia and the Arctic.

But a sustained period of high prices is also revitalising some very old and decidedly conventional plays.

Some of this drilling is needed simply to replace falling output from ageing fields as the natural field pressure declines and the amount of produced water rises, so it will not necessarily translate into net additions in production.

Analysts note much of the easiest oil has already been produced, so more drilling is needed just to maintain output as producers target smaller, deeper and more geologically demanding reservoirs.

However, the point remains that exploration and production activity is rising strongly in some of the oil industry's most traditional areas.

The boom's extent has been masked by production losses from Iran, Libya, Syria and South Sudan resulting from sanctions and political unrest.

But putting aside these politically induced output disruptions, underlying production potential has expanded significantly in the past three years as a result of the heavy investment.

Since mid-2013, most major integrated oil and gas producers have announced reductions in their capital expenditure programmes.

Suppliers of a range of oilfield services, from seismic surveying to drilling contractors and pipeline producers, reported that the market is softening.

Rig counts could fall in the months ahead.

But the expenditure slowdown is likely to be concentrated in large-scale megaprojects, costing $1 billion or more, and employing groundbreaking technology.

For these complex projects, the risk/reward ratio no longer appears attractive in a world where shale oil is available for under $90 per barrel and engineering costs have spiralled.

In some instances, such as Saudi Arabia, rigs are under contract to national oil companies so relatively immune to the capex cycle that affects the investor-owned majors.

Like everything else in the petroleum industry, the full effects of the recent surge in exploration, production and development activity will be felt only with a delay.

Oil and gas output should therefore remain healthy for the next two-three years despite the sharp reductions in capex announced by the majors. If some of the political losses from Iran, Libya and South Sudan can be reversed, supplies will be ample.

The rush to raise petroleum production has stretched the global supply chain to the limit since 2006, with cost inflation leading to profoundly disappointing performance in the exploration and production business.

The industry is now moving into the next phase of the cycle, where producers should reap some of the benefits from expensive past investments, while costs begin to adjust down to a more sustainable level.