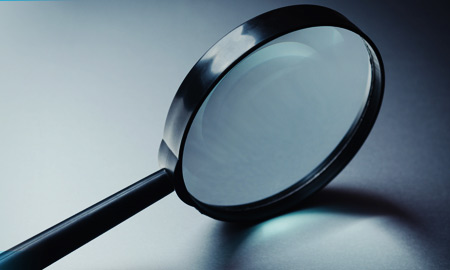 BOEM publishes a final environmental review of geological and geophysical survey activities off the Mid- and South Atlantic Coast.

The Bureau of Ocean Energy Management (BOEM) has released a report moving the oil and gas industry one step closer to offshore activities off the Mid- and South Atlantic Coast, the agency told reporters on a conference call Thursday.

“The Department of the Interior is about to take a critical step impacting American energy production, job creation and energy security in the years ahead,” API Director of Upstream and Industry Operations Erik Milito said on a conference call Thursday.

The government released its final environmental impact statement for proposed seismic surveys in the Atlantic Outer Continental Shelf, establishing multiple mitigation measures designed to minimize the impacts to marine life while “setting a path forward for survey activities” that will update vintage data on offshore resources in the region.

BOEM’s Programmatic Environmental Impact Statement (PEIS), which describes and evaluates the potential environmental impacts of geological and geophysical  (G&G) survey activities in federal waters, classifies the safeguards to reduce or eliminate impacts to marine life and the most protective mitigation measures. These mitigation efforts include necessities to avoid vessel strikes, and special closure areas to protect the migratory route for the endangered North Atlantic Right Whale.

Currently, the government holds 2-dimensional (2D) seismic data in all areas of the Atlantic OCS, but this vintage data has been eclipsed by more advanced instrumentation and technology.

The PEIS does not authorize any G&G activities, BOEM noted, rather it establishes a framework for additional mandatory environmental reviews for site-specific actions and identifies broadly-applicable measures governing any future G&G activities.

Nine pending applications from G&G companies are in the queue for approval, BOEM stated in the conference call.

“We have to look at the pending applications and then work with the contractor to see if they’d like to proceed if they comply with the current regulations,” said BOEM Director Tommy P. Beaudreau.

In 2010, Congress directed BOEM to prepare the PEIS for potential environmental impacts of G&G activities, then the agency published the draft PEIS for public comment March 30, 2012. BOEM received more than 55,000 comments during the 90-day comment period, while also hosting 15 public meetings throughout the region.

The final PEIS is available for public comment until April 7 at www.boem.gov/Atlantic-G-G-PEIS/.  Once the comments are reviewed, the agency will release a Record of Decision.

“The energy we have today results from plans set in motion years ago. To continue America’s energy renaissance in the future, we must explore and plan for the future now,” Milito said.