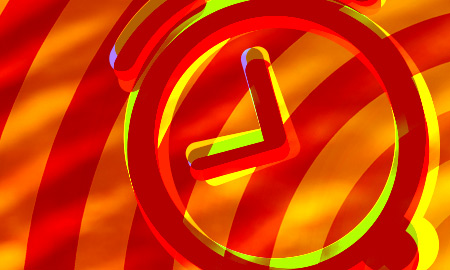 Eighty percent of global LNG supply will be sourced from five areas, including the United States, Canada, East Africa, Australia and Russia.

Australia has seen tremendous growth in LNG development in the past two to three years, with final investment decisions made and construction underway for eight projects. However, this growth has taken its toll on labor and resources, resulting in cost escalations and project delays. As a result, greenfield LNG project proposals are losing steam, and planned expansions on greenfield projects will take time. Most LNG buyers will take a “wait and see” approach on greenfield projects, only taking them seriously when they’ve come through.

East Africa, where a number of LNG projects are proposed, has great potential, but the lack of basic industry infrastructure and high institutional uncertainty means LNG project development will take time, Mohanty said. With minimal or non-existent service sector, the region is less equipped to handle large LNG construction projects.

LNG project developers will face significant technical challenges along the supply chain – from upstream to the plant –  for Canadian LNG export projects, which will slow progress on these projects. Companies will face challenges in constructing pipelines to ship Western Canadian reserves to British Columbia, where eight projects have been proposed for construction on Canada’s west coast.

In Russia, the Yamal LNG project faces significant technical challenges associated with its location within the Arctic Circle. However, LNG exports from the project are expected to start up before the end of the decade.

Unlike other members of the Big Five, including Russia, most LNG buyers are interested in having exposure to U.S. LNG export terminals, which offer several advantages to projects in other countries. These advantages include lower deliverability risk, better access to labor and other resources, an extensive pipeline network and multiple supply sources.

“U.S. LNG can fill in the medium-term gap for demand and provide optionality for LNG buyers’ portfolio,” said Mohanty.

“If you look three or four years back, everyone wanted a piece of Australia LNG, the new thing on the block. However, interest has waned as buyers move onto the next new thing.”

In this case, it’s U.S. LNG; however, this phase also will come to an end.

“Key buyers want a variety in their LNG supply portfolios,” Mohanty said. “The overall conclusion is, time is of the essence for U.S. LNG export projects.”

When Chevron Corp. submitted an application for the gravity-based Port Pelican regasification project in the late 1990s/early 2000s, it was assumed that an onshore regasification facility would never receive a permit since no new refinery capacity had been built in years, said Christopher A. Smith, principal deputy assistant secretary with U.S. Department of Energy (DOE).

The U.S. shale revolution changed that assumption and transformed the country from a destination for foreign LNG into a potential LNG exporter, in some cases, from the same facilities build to regasify LNG coming into the country. Thanks to shale gas and oil, the United States has gone from an era of concerns over scarcity to an era of abundance. Unconventional oil and gas also have changed the way the United States thinks about energy security.

Responding to criticism from the oil and gas industry that DOE was taking too long to permit LNG export projects, Smith said DOE’s job was to make “good policy decisions” that would unlock opportunities beneficial for the U.S. economy and for U.S.-based businesses.

Given the abundance of natural gas, DOE wants to ensure that this resource gets to the economy, the burner tip and to power producers to create value for the economy. At the same time, DOE wants to ensure that the communities where shale wells are drilled are confident that DOE is taking their concerns seriously and is “scientifically quantifying" these concerns and effectively mitigating risks, Smith noted.

LNG export terminals that will serve free trade agreement countries will be approved without delay or modification. Applications for projects that will serve non-FTA markets – and a number of proposed projects are intended for non-FTA countries – are evaluated on a “case by case” basis. Projects are approved on a first come, first serve basis, and applications already in progress get priority.

DOE also will have to address the cumulative impact of projects approved as part of the public interest determination. Projects are evaluated on a first-come, first-serve basis, and applications already in the system are given first priority. A broad range of factors are considered in the approval process, including:

The interests of a wide range of stakeholders also are considered. Smith said DOE has worked to ensure its approval process is “open and transparent” and that feedback from stakeholders is acknowledged and addressed. The agency does take market pressure into account, but its priority is to make decisions on behalf of protecting the public’s interest.

When DOE writes an order – typically about 150 pages long – the agency offers not just a yes or no, but seeks to offer a “sufficient and well-reasoned” explanation behind the decision, Smith said, adding, “We seek to measure twice and cut once” to ensure good decisions are made in terms of long and short-term energy security.

Kirstin Gibbs, partner with the law firm Bracewell & Giuliani LLP, sees more certainty in the Federal Energy Regulatory Commission’s (FERC’s) approval process for siting LNG export terminals, as the process is not very different from what FERC has done in the past.  The timeline for project approval hinges on several factors, including engineering complexity, environmental issues and oppositional intensity. The current project approval timeline is around three years.

FERC is ”an old hat” at being a lead agency for environmental analysis, and extensive experience working with agencies such as the U.S. Coast Guard and the Pipeline and Hazardous Materials Safety Administration on project approval, Gibbs noted. Approval of LNG export projects will get done, but will be slow due to the amount of work.

DOE and FERC’s approval processes are separate, but the agencies do rely on records established in proceedings by each other. For example, FERC will rely on input from DOE studies on economic issues, while DOE will utilize data gathered by FERC for environmental analysis in its decision-making, said Gibbs.

FERC also oversees the pipelines connected to these terminals under Section 7 of the NGA. This process is similar to the siting process, but has slightly different standards. In this case, FERC considers if a pipeline project is in the public convenience and necessity, or if it could harm existing customers or interconnecting pipelines.

Gibbs noted that FERC has been struggling with how to award capacity in the future on pipelines interconnected to terminals that were intended as import terminals, but are slated for exports instead, particularly where existing customers already have capacity at pipelines and the terminal. In the case of facilities such as Cove Point in Maryland, which has import and export capacity, rate and service issues will come into play because of the mix of import and export customers, Gibbs said.

The Second Circuit Court of appeals has upheld FERC’s authority to analyze LNG export projects, but not to include the impact of upstream production activities. FERC may consider the impact a project may have on other terminals that are in the pre-filing phase or have been proposed, Gibbs said.

The Cameron LNG project was the first for which a draft environmental impact statement (EIS) was written, but for some existing import facilities where liquefaction is being added, FERC is preparing environmental assessments (EA). While EISs are more comprehensive and time-consuming, Gibbs noted that EISs may mitigate appeals if a party such as an environmental group tries to block a project’s approval. Project developers “should not be afraid” of the EIS process.