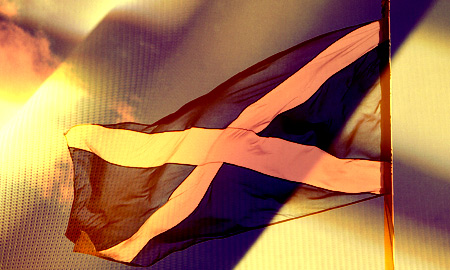 Westminster and Edinburgh governments meet in separate cabinet meetings in northeast Scotland to discuss the future of the oil and gas sector on the UK Continental Shelf.

UK and Scottish government ministers met in separate cabinet meetings Monday to discuss the future of the North Sea oil and gas industry following the publication of Sir Ian Wood's final report on maximizing recovery on the UK Continental Shelf.

Ahead of a referendum on Scottish independence scheduled for mid-September this year, UK Prime Minister David Cameron chose Monday to move his cabinet session away from its usual location at No.10 Downing Street to Aberdeen, Scotland in order to discuss Sir Ian Wood's recommendations. Meanwhile, the pro-independence Scottish Nationalist Party-dominated Scottish government is holding its own cabinet meeting just outside Aberdeen.

Westminster and Edinburgh politicians know that Scottish voters' perceptions about the future of the North Sea oil and gas industry is set to play an important part in their decisions to vote 'yes' or 'no' in the forthcoming referendum.

The Scottish government believes that North Sea oil has been "squandered" by successive Westminster governments and that a 'yes' vote for Scottish independence would mean a better future for the North Sea industry, while it would give Scotland the opportunity to establish a Norwegian-style sovereign wealth fund for the country. But UK PM David Cameron argues that "the broad shoulders" of the UK government are required to support investment in the industry.

According to the Wood Review, 42 billion barrels of oil equivalent have already been produced on the UKCS, while between 12 and 24 billion barrels more could still be produced by conventional means. The UK government has accepted Sir Ian Wood's recommendations, which it pointed out could result in a boost to the UK economy of $330 billion (GBP 200 billion) through additional production.

Drew McGhie  |  February 24, 2014
With only 6 months to go before the crucial vote, the UK Government promises can only appear as a desperate move driven by political necessity and not economics. The Oil as well as the Union have been taken for granted by the UK Government that are finally wakening up to the reality that these are highly valued resources and need to be invested in. The question facing the Scottish electorate is such investment uniquely offered by the UK government or can an independent Scotland can attract investors for the same 3-4 billion more barrels of oil.
RELATED COMPANIES
Company: Wood plc more info
Company: Oil & Gas UK more info