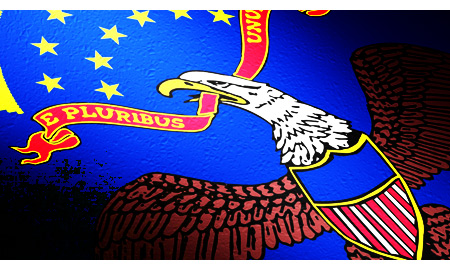 Hazardous materials shipments are supposed to be classified into one of nine categories depending on the risk involved. If the materials are misclassified, they could wind up being shipped in less protective rail tank cars and emergency personnel might follow the wrong protocols when responding to a spill.

The Pipeline and Hazardous Materials Safety Administration said it has proposed fining three companies involved in the shipments — Hess Corp., Whiting Oil and Gas Corp., and Marathon Oil Co. — a total of $93,000.

"The fines we are proposing today should send a message to everyone involved in the shipment of crude oil: You must test and classify this material properly if you want to use our transportation system to ship it," Transportation Secretary Anthony Foxx said in a statement.

A runaway train with 72 tank cars of Bakken oil derailed, exploded and burned in the downtown area of Lac-Megantic, Quebec, near the Maine border in July. Forty-seven people were killed and 30 buildings destroyed.

The accident was a wake-up call for safety officials, who were surprised by its severity. Tests taken of Bakken oil since the Lac-Megantic accident shows it is more dangerous than some other types of crude. The oil in the train that derailed in Lac-Megantic was misclassified as "packing group III," which the safety administration equates to minor danger.

U.S. crude oil production is forecast to reach 8.5 million barrels per day by the end of 2014 — up from 5 million barrels per day in 2008. The increase is overwhelmingly due to the fracking boom in North Dakota's Bakken region. Fracking involves the fracturing of rock with pressurized liquid to free oil and natural gas unreachable through conventional drilling.

Last month, U.S. and Canadian accident investigators warned that a "major loss of life" could result from an accident involving the increasing use of trains to transport large amounts of crude oil. They urged their governments to make stronger efforts to ensure hazardous cargo is properly classified before shipment. They also recommended that trains carrying hazardous materials avoid populated and other sensitive areas, and greater oversight to ensure rail carriers that transport oil are capable of responding to "worst-case discharges of the entire quantity of product carried on a train."

Philippe  |  February 06, 2014
It is a fact that crude oil contains a variable amount of natural gas. Once produced the crude oil is processed through “separators”. The separator processes the crude at atmospheric pressure, the crude separate the light, crude oil and heavies. The light is natural gas and the heavies are water including geological trash that comes up with the flow rate velocity. The separators size dictated the resident time requires letting the light separate from the crude at atmospheric pressure. None the less some light particulates of gas do not separate, because they stay prisoner of the density of the crude. Once the crude goes through the separator process it is loaded in the rail road tank car. The rail road car becomes another separator when it starts moving. The vibration caused by the speed of the car cause the light crude gas particulate to separate and render the rail road car more dangerous. The cost of totally separating the crude oil light particulate at the source, is a costly process that a refinery does any way. The danger is not a rail road car over pressure, but a potential bomb if hit and a spark ignite this separated light particulate. Diesel once processed does not present danger, gasoline does. It has to do with the API grade. A crude WTI API spec 45 degree is less prone to danger than so call WTI API 50 or lighter. Most shale crude produced in the US by fracking is lighter than spec WTI or API 45. It is to be noted that Natural Gas in the Bakken does not have a market; this may change, it is better to send the crude to refineries that will separate and sell the gas.
RELATED COMPANIES
Company: Hess Corporation more info
Company: Whiting Petroleum Corporation more info
Company: Marathon Oil Corp. more info