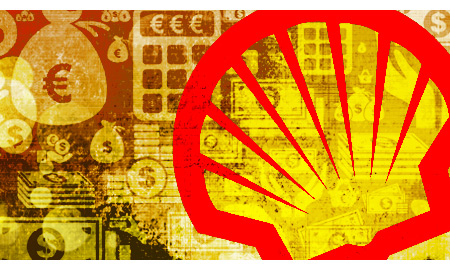 Announcing its results for 2013, Shell said that the landscape the company had expected has changed and it cited factors such as the worsening security situation in Nigeria and delays to non-operated projects in several countries. With North American natural gas prices remaining low, the company said it particularly plans to focus on restructuring and improving profitability in its North American upstream operations.

"Our ambitious growth drive in recent years has yielded a step change in Shell's portfolio and options, with more growth to come, but at the same time we have lost some momentum in operational delivery, and we can sharpen up in a number of areas," New Shell CEO Ben van Beurden said in a company statement.

"Our overall strategy remains robust, but 2014 will be a year where we are changing emphasis, to improve our returns and cash flow performance."

Meanwhile, Shell said the recent Ninth Circuit Court decision against the Department of the Interior "raises substantial obstacles to Shell’s plans for drilling in offshore Alaska". As a result, Shell has decided to stop its exploration program for Alaska in 2014.

"This is a disappointing outcome, but the lack of a clear path forward means that I am not prepared to commit further resources for drilling in Alaska in 2014," van Beurden said. "We will look to relevant agencies and the Court to resolve their open legal issues as quickly as possible."

Shell's capital spending in 2014 is targeted at around $37 billion, compared with the $46 billion it spent in 2013. Meanwhile, the firm plans to increase the pace of its asset sales, which are expected to be $15 billion for 2014-2015 in both its upstream and downstream segments.