New Fields Producing on UKCS at Highest Level for 5 Years 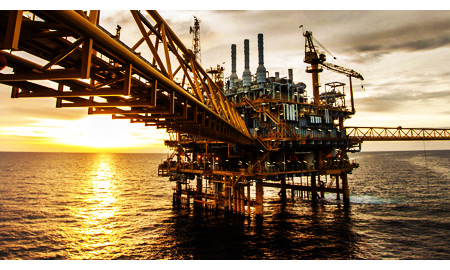 The number of new fields producing oil and gas on the UK Continental Shelf (UKCS) hit its highest level for five years in 2013 as a number of operators focused on development activity, according to a reported published Wednesday by business consultancy Deloitte.

The report – which details activity across northwest Europe during the last 12 months – found the number of UK fields that started production in 2013 was 13. This was up from nine in 2012, representing an increase of 44 percent.

Deloitte suggested that the increase in fields brought on stream was likely due to a positive industry reaction to government incentives, since 84 percent of the fields that started up on the UKCS were eligible for tax allowances.

However, Deloitte's Petroleum Services Group – which produced the report – also found that only 47 exploration and appraisal wells were drilled on the UKCS in 2013, compared with 65 in 2012. This represented a decrease of 28 percent in exploration activity, while during the same period there was a 41-percent increase in drilling activity on the Norwegian Continental Shelf.

Graham Sadler, managing director of Deloitte's PSG, said more needs to be done to encourage drilling on the UKCS, including incentives for exploration activity:

"The North Sea industry is complex and companies operating in there have to consider many factors. Despite the high oil price, margins are tight and the drop in drilling during 2013 most likely reflects the increased costs of operating. Staff costs remain high and access to equipment such as rigs, which are limited in number, drives prices upwards.

"Nevertheless, we are seeing evidence that government incentives are helping to stimulate field developments – even historic discoveries –  with Chevron's recent announcement that it will start work on the Alder field, which was discovered in the 1970s.

"Advances in technology have also been vital to the development of this and other historic discoveries. However, incentives and technology are not the whole picture. Greater overall knowledge and understanding of the North Sea's complex geology and economics also play an important role in the current viability of these older discoveries."

Despite the lower exploration activity during 2013, there still appears to be considerable interest in the UKCS. In November, the UK awarded a record number offshore oil and gas exploration licenses when 219 licenses were awarded in the country's 27th offshore round. More recently, the UK Department of Energy & Climate Change launched the 28th offshore licensing round Jan. 24 in which it expects to see an "extremely high level of interest".

In September, investment bank Barclays reported that energy firms were set to step up investment on the UKCS and had plans to recruit up to 23,000 personnel during the next five years.