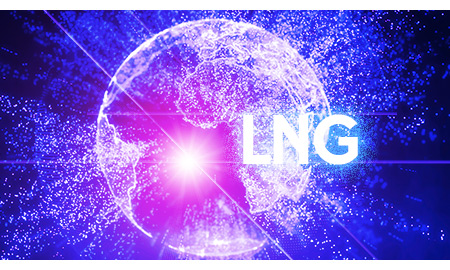 The International Energy Agency (IEA) also warned of many uncertainties about medium-term trends in the global LNG market. In the agency's 2013 medium-term market report, IEA stated that global growth in natural gas use slowed in 2012, although it still exceeded that of oil and total energy use. All the while, Asian demand for gas remains "red-hot and gas is beginning to gain traction as a transport fuel," IEA stated.

However, stronger gas infrastructure will globalize pricing but not in 2014, DNV GL reports. Survey respondents noted that a range of pipeline projects will help to smooth out price differences, such as new links between Turkmenistan and China, or a plan to develop a West Africa gas pipeline connecting Nigeria, Ghana, Togo and Benin, among other plans.

For some countries, this trend is requiring a change in focus. Canada will have to look at new export avenues as its main customer becomes more self-reliant.

"Convergence is likely in the medium to long-term, particularly with Asian buyers looking to replace the traditional models that are tied to oil indexation, which will become less viable give the abundance of supply sources," remarked Martin Layfield, global gas segment director, DNV GL.

While many uncertainties in this market continues, finding innovative cost solutions to maintain margins and narrowing the focus of spending will quell reservations, noted the report.

"Against a background of rising expenditure amid low production growth, it should come as no surprise that companies will be focusing their efforts on targeting their capital expenditure far more effectively," Eirik Waerness, chief economist at Statoil, said in the report.