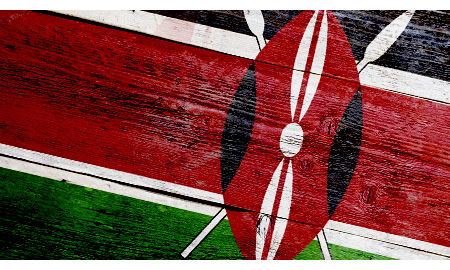 LONDON, Jan 15 (Reuters) - Britain's Tullow Oil is pinning its hopes on two new discoveries in northern Kenya to turn the region into a significant crude producer and regain its reputation as a successful explorer.

The group, whose main operations are in Africa but which also has exploration licences from Uruguay to Greenland, doubled its estimate on Wednesday of its discovery in Kenya's South Lokichar basin to 600 million barrels following the two successful well results.

Tullow made its name over the past decade opening new oil areas in Ghana and Uganda, but after a string of disappointing drilling results it lost a quarter of its value in 2013 and was the worst-performing stock in the FTSE 100 outside the mining sector.

The basin, one of eight in Kenya to which Tullow has exposure, had the potential to hold over one billion barrels, the company said. That compares with Uganda's estimated 3.5 billion barrels of reserves, which when production starts could turn Kenya's neighbour into a top 50 oil producer.

"This is a very exciting area and this one basin alone looks pretty good, if not better than Uganda," Chief Executive Aidan Heavey said in an interview.

Heavey founded the group, which was worth over 14 billion pounds ($23 billion) at its peak in early 2012, in the Irish town of Tullow to tap into the potential of overlooked oil fields in Africa.

Tullow shares rose 1.5 percent in early moves but were trading down 0.3 percent at 854 pence at 1253 GMT, as the success in Kenya was muted by a slightly lower than expected production outlook for this year. The group - whose stock rose to well over 15 pounds in 2012 - now has a market value of almost 8 billion pounds.

Tullow is planning to drill 20 additional wells over the next two years, giving it the potential to discover more oil in Northern Kenya than it has in Uganda, particularly as it drills in the other seven basins.

But analysts said the one-time investors' favourite, whose stock quadrupled in value between 2007 and its peak, still had work to do to restore its reputation.

Tullow shares traded at near highs after it first discovered oil in Kenya in March 2012, meaning some of the potential for the country is already included in the price.

"Kenya volumes will continue to grow, and if we add in a good, frontier offshore discovery, that will get Tullow back to the loved-explorer status from two years ago," Bernstein analyst Rob West said.

Tullow is also drilling a well off the coast of Mauritania which it says will be finished by the end of January. A positive result could give the share price a major boost, say analysts.

Tullow said in a trading update that output next year would be between 79,000 and 85,000 barrels of oil equivalent per day, flagging that there would be little or no pick-up from the 84,200 it pumped in 2013.

"I think the positive from Kenya will be more important than one year's slightly lower production," Liberum analyst Andrew Whittock said.

The mid point of the production guidance for 2014 is around 6 percent lower than analysts' expectations of around 87,000 boepd. The company blamed delays in putting gas facilities in place on its main producing field in Ghana, Jubilee, for the lower than expected output growth.

Tullow also said it was evaluating proposals to sell a stake in another oil area in Ghana, the TEN project - a deal awaited by analysts as it will help to cut future spending on that development - but declined to give a timeline.

"We'll continue discussions until we get the maximum value. It's ongoing. This is not something that's going to be quick," Heavey said.

The 60-year-old Heavey, who became chief executive a year after founding the group, said he had no plans to step down. "I'm very happy here, as long as the company's happy with me, I'm happy," he said, adding that the finds in Kenya meant it was an "incredibly exciting" time for Tullow.

On his agenda will be maintaining relations with the local community in Kenya. Tullow said it agreed with the government and its Kenyan partner, Africa Oil, to start studies on plans to develop facilities for extracting the oil and building an export pipeline, with the aim of giving a development project the green light in 2015/16.

The company faced community protests near its drilling site in Kenya in October. It has since said it has learnt its lesson and would avoid further disruption through more communication and by explaining how local people would benefit from the oil developments in time.

Providing guidance for its 2013 results, Tullow said that annual revenues would be $2.6 billion, with gross profits of $1.4 billion. It will announce full-year results on Feb. 12.