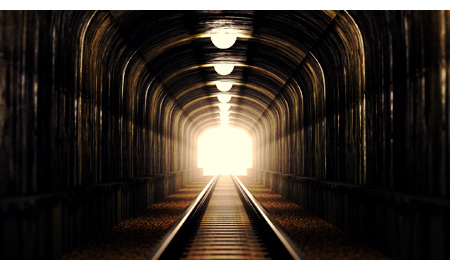 Residents of a small town in North Dakota were urged to evacuate after a BNSF train carrying crude oil collided with another train on Monday, setting off a series of explosions and fires, the latest in a string of incidents that have raised alarms over growing oil-by-rail traffic.

Local residents heard five powerful explosions just a mile outside of the small town of Casselton after a westbound 112-car train carrying soybeans derailed. An eastbound 106-car train hauling crude oil ran into it just after 2 p.m. CST (2000 GMT), local officials said. There were no injuries in the collision that left 21 rail cars on fire, according to BNSF.

Casselton resident Jolie Fiedler and her husband gathered their two dogs and left their home.

"It's better safe than sorry - just get out of town and dodge the smoke, I guess," she said. "I'm hoping that I can go home tomorrow, but who knows."

Casselton City Auditor Sheila Klevgard said crews are pushing snow to contain the oil before it reaches a nearby creek.

Half of the oil cars have been separated from the train, but another 56 cars remain in danger, said Cecily Fong, the public information officer with the North Dakota Department of Emergency Services. The collision destroyed both engines on the oil train. Both trains were operated by BNSF Railway Co, which is owned by Warren Buffett's Berkshire Hathaway Inc.

Philippe  |  January 02, 2014
It appears to me that even though WTI is not supposed to be flammable we forget that rail transport is not remotely the same as pipeline transport. All crude include light and not so light elements. The crude oil in the rail road car is like a separator, the light elements separate with the vibration caused by the car rolling on the rails. These light elements are natural gas and is very explosive. The explosion was spectacular and looks very much like a gas blowing off. The question is can the Bakken crude be treated so that most if not all light elements are separated. The extra treatment may render rail road transport non-economic. With an administration that does not like pipelines, rail road transport may see difficult future.
Joe Redinger  |  December 31, 2013
So anybody keeping score? Can we get on with the Keystone pipeline?
Jack  |  December 31, 2013
When will Obama realize that pipelines are much safer than rail roads?