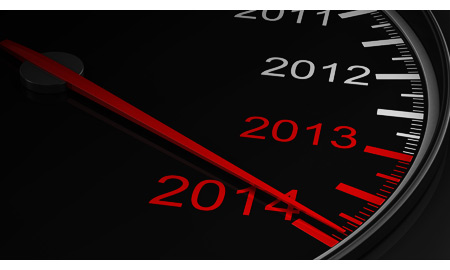 The company will increase rig activity in its Eagle Ford and Bakken assets by 20 percent each, and increase rig activity by 100 percent in its Oklahoma Woodford operations, resulting in a 28-rig increase in its North America rig count. Marathon’s 2014 rig program is underpinned by 2.4 billion barrels of oil equivalent of 2P unconventional resource, which has doubled since 2011, and over 4,500 net well locations.

“Our continued focus on operations and execution excellence across all our assets will help drive approximately 10 percent production growth in 2013, excluding Alaska and Libya,” said Marathon Oil President and CEO Lee Tillman in a Dec. 11 press release. “We believe this standard of performance, coupled with continued resource growth, fully supports an accelerated investment in our three high-quality resource plays – the Eagle Ford, Bakken and Oklahoma Woodford.”

More than 60 percent of Marathon’s $5.9 billion budget for 2014 will fund the company’s North American operations. Marathon has earmarked approximately $3.6 billion of its capital spending to unconventional resource plays, including $2.3 billion in the Eagle Ford play in South Texas, just over $1 billion in the Bakken shale in North Dakota and $236 million in the Oklahoma Woodford.

Since first quarter 2012, the company has achieved growth of over 300 percent growth in the amount of oil and gas production from its U.S. shale operations that is available for sale, company officials noted in the presentation Wednesday.

Marathon’s plan to delivery on its 5 to 7 percent CAGR target, with acceleration of higher margin resource plays, will offset its pending exit from Angola, company officials noted.

As a result of its plans, Marathon anticipates 2014 net production from its North America and international exploration and production segments to average 405,000 to 435,000 barrels of oil equivalent per day, excluding Libya.

Marathon’s plan to sell its North Sea assets will allow the company to simplify and concentrate its portfolio while increasing its growth rate and cash flows. Marathon has closed over the past three years almost $3.5 billion in non-core asset divestitures, surpassing the upper end of Marathon’s stated $1.5 to $3 billion budget.

The sale of its North Sea assets would result in an increase in Marathon’s adjusted (CAGR) from 5 to 7 percent to 8 to 10 percent for 2012 to 2017. The company’s current UK North Sea holdings include the Marathon-operated Brae complex and the Foinaven field. Marathon operates 10 licenses on the Norwegian Continental Shelf, including Alvheim, Boyla, Vilje, Viper/Kobra and Volund.

Marathon also will spend $529 million in 2014 on seismic and exploration activity in its deepwater U.S. Gulf, Ethiopia, Kenya, Gabon and Kurdistan operations. These plans include the drilling of eight to 10 gross wells, including two operated by Marathon.

The company will spend $294 million on its oil sands operations, and expects production from its oil sands business of 40,000 to 50,000 net barrels of synthetic crude per day in 2014.

Marathon will also increase its remaining sharing repurchase authorization to $2.5 billion, including an anticipated $500 million share repurchase with Marathon’s sale of Angola Block 31. It also provides financial optionality heading into 2014.