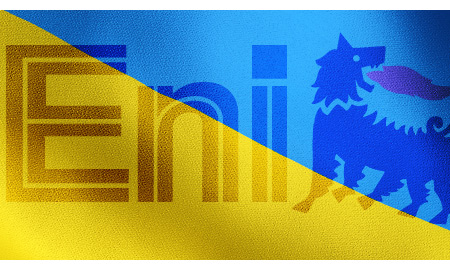 KIEV/MILAN, Nov 27 (Reuters) - Ukraine signed an offshore oil and gas production-sharing agreement with Italian group Eni and France's EDF on Wednesday and Kiev's energy minister estimated the project could draw up to $4 billion of investment.

The scheme to explore for oil and gas on the western Black Sea's shallow shelf could provide Ukraine with up to 3 million tonnes of oil a year, Energy Minister Eduard Stavytsky was quoted as saying by Ukrainian news agency UNIAN.

The UNIAN report gave no details on expectations for gas production.

Eni said in a statement the agreement signed on Wednesday concerned a 1,400 square-km area in waters off Western Crimea. The area includes the Subbotina oil licence as well as the Pry Kerch block where several oil and gas prospects have been identified.

Eni, which already has a shale gas deal in Ukraine, said it would be the operator in the venture with a stake of 50 percent.

France's EDF holds 5 percent in the deal while state-controlled firms Vody Ukrainy and Chornomornaftogaz will have 35 percent and 10 percent respectively.

Ukraine relies on Russia for the vast majority of its oil and gas imports, and Moscow has been accused of using energy to exert political influence over Kiev.

The European Union said Russia applied economic pressure on Kiev to suspend the signing of a landmark free-trade pact with the 28-nation bloc that would mark a shift away from Russia's sphere of influence.

The agreement with Eni and EDF would be the third large energy project launched by Ukraine in the past two years as it steps up efforts to gain greater energy independence.

This month Ukraine signed a $10 billion shale gas production-sharing agreement with U.S. company Chevron, having already clinched a $10 billion deal gas exploration deal with Royal Dutch Shell at Yuzivska in the eastern part of the country.

The two shale projects could provide Ukraine with up to 16 billion cubic metres (bcm) of gas a year by 2020, according to projections by the Kiev government.

Ukraine now pays more than any other European country for Russian gas, with Moscow charging $400 per thousand cubic metres under a 10-year agreement signed in 2009, and it has failed in attempts to renegotiate terms with Moscow.

Ukraine's President Viktor Yanukovych this week said that the average European price for Russian gas is about $370 per thousand cubic metres.