Reformed Mexico Energy Sector Could Be in Place by Early 2014 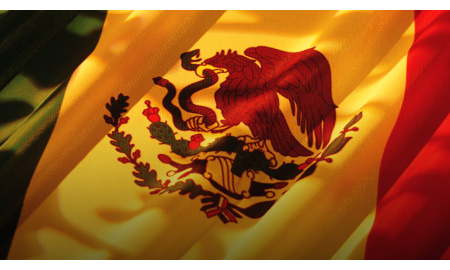 Should the legislative process move forward as planned, the first profit sharing contracts under the new regime would be issued for the bidding process in the second half of 2014, said Duncan Wood, director of the Mexico Institute at the Woodrow Wilson International Center for Scholars. New oil production is expected to begin flowing between three to five years from that date, Wood said.

Mexican President Enrique Pena Nieto’s proposed constitutional reform of Mexico’s energy framework – one of the most significant economic changes in Mexico in the past century, Wood noted – will clean the slate and take Mexico’s energy sector back to 1938, the year then-President Lazaro Cardenas nationalized Mexico’s energy industry.

Introduced on Aug. 12, Pena Nieto’s proposal would grant Mexican Congress broad authority in allowing for and defining the terms of exploration and production activity in Mexico. It would end state energy company Petroleos Mexicanos’ (PEMEX) monopoly on exploration and production (E&P) activities and allow private companies E&P rights either directly from the state or through an association with PEMEX. The proposal would permit private companies to own oil and gas production and fully share in economic risks and benefits.

Direct private investment would also be allowed in the midstream and downstream sectors under the proposal. Additionally, the proposal would also open the door for Mexico to become a competitive wholesale power market.

Nieto has proposed wording of Articles 27 and 28 of the Constitution that is the same as the language implemented in 1940, when Cardenas nationalized Mexico’s oil industry. By going “back to the future”, Nieto seeks to head off criticism from nationalists and traditionalists who say reform would betray the national sovereignty and Mexico’s citizens. Nieto’s appeal to history has also helped smooth things over with the Partido de la Revolucion Democratica (PRD), who are opposed to constitutional change and to private sector investment.

Nieto’s proposed change to Article 27 of Mexico’s Constitution prohibits concessions, but would allow for production and profit-sharing deals, a right that had existed from 1940 to 1960 before a constitutional amendment barred the practice. Future production sharing contracts would be enabled with a 50 percent plus one vote in both houses of Congress, Wood noted.