OPEC, US Energy Dept. See Enough Oil In The World 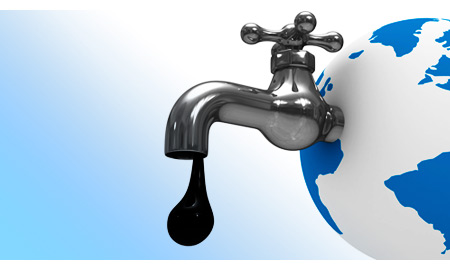 LONDON/NEW YORK, Sept 10 (Reuters) - The Organization of Petroleum Exporting Countries (OPEC) said the world oil market was well supplied despite a plunge in Libya's output, and forecast a further drop in its oil market share in 2014.

The virtual shutdown of Libyan oil output for the second time in two years and the prospect of U.S. military action against Syria had pushed Brent crude to a six-month high above $117 a barrel in late August.

"OECD inventories stand at a comfortable level of 58.5 days," OPEC's report read in part. "This figure is above the historical norm and provides confirmation that the market at present remains well supplied."

The comment is OPEC's first collective word on the oil market impact of the Libyan unrest, which has taken global supply outages to more than 3 million barrels per day (bpd) - some 3.5 percent of global demand.