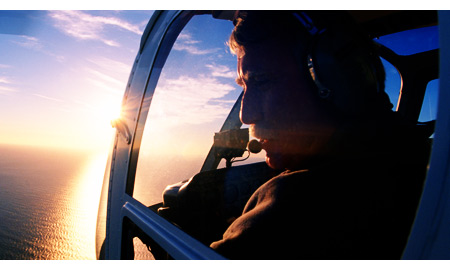 CHC Helicopter will resume normal operations of its AS332L/L1 and EC225 Super Puma helicopters outside of the UK Monday, the company said in a statement late Sunday night. The helicopter operator had grounded all its Super Puma aircraft in the immediate aftermath of Friday’s accident that saw an AS332L2 Super Puma crash into the North Sea, killing four oil and gas workers.

CHC said the cause of the accident is not yet known and that it is carrying out a full investigation in conjunction with the UK Air Accident Investigation Branch.

The AS332-L2 Super Puma was on approach to Sumburgh Airport on the Shetland Islands when it lost contact with air traffic control. According to CHC, it landed in the water approximately two nautical miles west of Sumburgh. It had travelled from Aberdeen to the North Alwyn platform and then on to the Borgsten Dolphin (mid-water semisub) rig before heading towards Sumburgh.

The dead have been named as George Allison, Sarah Darnley, Gary McCrossan and Duncan Munro.

In Sunday's statement, CHC said it believed the engineering and operating differences associated with AS332L/L1 and EC225 aircraft warrant continuing flights with those aircraft. The firm will continue to hold all flights worldwide that involve its AS332L2 aircraft, except for those involved in search-and-rescue and medical evacuation missions. CHC said that, in line with a request by the Helicopter Safety Steering Group, it would not fly ASS332L/L1/L2 Super Pumas nor would it fly EC225s in the UK until further notice.

The latest incident means confidence in all types of Super Puma aircraft among offshore workers has been shaken. A Facebook petition calling for the aircraft to be taken out of service has been set up; the Facebook page, called Destroy the Super Pumas, received almost 30,000 "likes" by Monday lunchtime.

Meanwhile, the UK's Unite union issued a statement Saturday calling for the industry's helicopter operators to use "every means at their disposal" to demonstrate that the fleet is fit for purpose.

"This is the fifth major incident in the last four years involving Super Puma helicopters in the UK offshore industry and the second resulting in fatalities.  It's unacceptable and it can’t go on," Unite Scottish secretary Pat Rafferty said.

In 2012 there were two incidents that saw the EC225 variant of the aircraft ditch into the North Sea, although after an investigation and a fix to the variant's main vertical gear shaft, these aircraft returned to service a few weeks ago. In April 2009 an AS332L2 Super Puma Mk 2 crashed northeast of Peterhead, Scotland, killing all 16 people aboard.