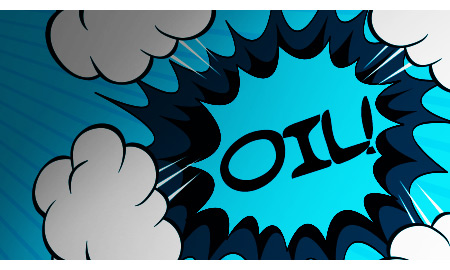 The agency, consulting developed nations on energy policies, said key among those disruptions were Libya and Iraq where violence has already steeply curtailed output. Upcoming work on key Iraqi terminals could further upset oil buyers in Europe, Asia and the United States.

"Officially, volumes will be curtailed only in September but the fear is the shutin could drag on for months given the scope of the work as well as the country's poor record of delivering projects on time," the IEA said in a monthly report.

"Northern (Iraqi) exports are expected to remain constrained indefinitely given the lack of progress between Baghdad and the Kurdistan Regional Government (KRG) over payment and contract terms," it added.

Pipeline attacks in Iraq's north helped push output below 3 million bpd for the first time in six months, and planned work at southern shipping terminals in September may slash exports by 300,000-500,000 barrels per day (bpd) for months, the IEA said.

That will further cloud plans by Iraq, which signed billions of dollars worth of exploration deals with oil majors, to ramp up output in the next years and ultimately double or even triple production volumes.

Elsewhere among OPEC members, in Libya, civil unrest has cut exports to their lowest since the 2011 civil war with shipments standing at only one third of capacity.

Kevin Smith  |  August 09, 2013
I think that our country is destroying the US dollar by letting the Federal Reserve (Bernanke) print money. This is driving up oil prices because there is no place to put money except in commodities. Our country is broke and our system is corrupt. When will we learn that we cannot spend ourselves into prosperity. The oilfield is benefiting from this madness, but at some point we must pay the piper.