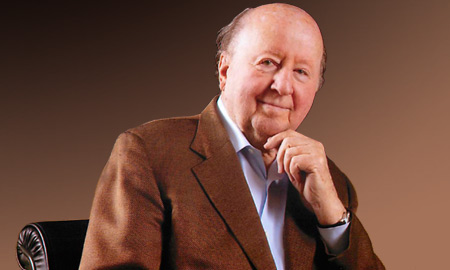 HOUSTON, July 26 (Reuters) - George P. Mitchell, a billionaire philanthropist credited with making the extraction of natural gas from shale rock  commercially viable using the innovation of hydraulic fracturing, died at the age of 94 on Friday. His family said the death was from natural causes.

A native of Galveston, Texas who came from meager means, the petroleum engineer was the chairman and chief executive officer of Mitchell Energy & Development Corp, which was sold to Devon Energy Corp for $3.5 billion in 2002.

Mitchell drilled for natural gas in a rock formation known as the Barnett Shale in north Texas where the first successful application of hydraulic fracturing, also referred to as fracking, resulted in the viable production of natural gas.

Fracking, in which sand, water and other fluids are blasted into rock formations at high pressure to unlock trapped oil and gas, has vastly changed the nation's energy supply outlook. The rapid growth in crude production from shale has led to some to predict North America could be energy independent by the end of this decade.

Mitchell, a veteran of World War II, was also a real estate developer. In 1974 he created the Woodlands, a 25,000-acre forested community filled with parks and a 1.4 mile long manmade canal, located about 30 miles north of Houston 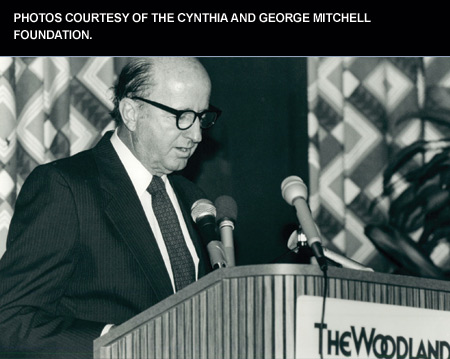 The Woodlands now has a population of more than 100,000 and is home to corporations including Anadarko Petroleum Corp. The world's largest publicly traded oil company, Exxon Mobil Corp, is building a 385-acre campus in the area to accommodate 10,000 employees.

Mitchell, whose wealth was estimated at $2 billion by Forbes, supported a number of causes ranging from the arts to educational initiatives and worked to promote the sustainability of natural gas through his Texas-based foundation.

He raised 10 children with his wife Cynthia Woods Mitchell who died in 2009. In 2011, Mitchell signed the Giving Pledge sponsored by Warren Buffett and Bill and Melinda Gates, making public his intent that the majority of wealth should be donated to charitable causes.

nick  |  August 01, 2013
R.I.P. MR George.. He was a Gentleman, of The Greatest Generation.
George Long  |  July 29, 2013
George Mitchell saved the United States from perpetual dependence on foreign oil and handed us an abundant supply of oil and natural gas (the fuels of the present) for decades to come so that we have time to develop solar, wind, nuclear, and other fuels of the future, without wrecking our economy with high priced, unreliable, foreign oil. When he began was drilling shale formations in the 1990s and 2000s, he was considered foolish even by industry insiders. Many others tried drilling shale formations (conventionally) and got the same, negative result...salt water...until Mr. Mitchell developed fracturing. He was a national treasure of heroic, independent, thinking...the one man whose willingness to go against convention at his considerable personal expense and risk, now supports hundreds of thousands of high paying jobs all over the United States. I am proud to have graduated from the same school that gave birth to his career...Texas A&M University. If you want to know how Mr. Mitchell thought...drive through The Woodlands, TX (unincorporated)...instead of clearing the trees from the landscape so that all shops and homes were exposed to the street, he left a wall of trees around the streets so that the streets were isolated from the living spaces...exactly the opposite of every other developer who did a master-planned community before him. The result was a quieter, safer, more intimate setting in which to live and work. This man could think outside the box, then put into play his thoughts as very few persons have done before. The fact that our current political leadership, at the highest level, does not recognize his contribution, and instead BLAMES him for the process he developed, brings shame on them and on our country. As for me, there are none finer than George P. Mitchell. May he rest in peace and honor.
Sam PIrtle  |  July 28, 2013
He made Texas Maritime Academy possible!
Robert Gaston  |  July 26, 2013
In 1952 I was a Roughneck on a rig that drilled a number of wells, along the Texas Gulf Coast, for Mr. Mitchell. His company was Flaits and Mitchell at that time. Mr Mitchell visited our rig on a number of occasions. He was a gracious and friendly fellow. It was a great pleasure to have known and worked for him. He was one of the pioneers in our profession and will certainly be missed.
Jeffrey L. Finucci  |  July 26, 2013
I just returned from Williston N.D. and witnessed first hand the contribution Mr. Mitchell has made . Quite an accomplishment ,and if all works out well ,well all be in debt to him . Thank You , youll be missed.
Louis Calabria  |  July 26, 2013
Mr. Mitchell was a wonderful person. Met him when my office was in Houston, Texas. I remember discussing Hydraulic Fracturing "Fracking" what a pioneer. I am also an oilman. Louis Calabria managing Member Wind River Financial, LLC