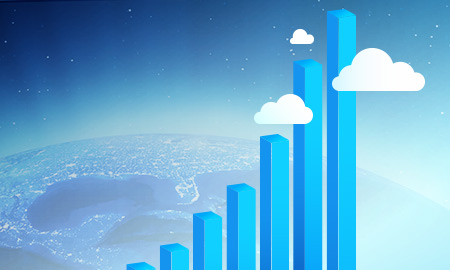 Deepwater U.S. Gulf of Mexico drilling activity will continue to rise, with the number of deepwater Gulf rigs expected to reach 60 by 2015, according to a recent analyst report.

The Bureau of Ocean Energy Management in June issued 37 permits for floating rigs in the U.S. Gulf, up from 36 permits announced in May but down from 45 permits in April. The 37 permits in June included 20 permits for exploration work and 17 for development work, Barclays Capital analyst James C. West in a July 16 research note.

The continued strong permitting environment in the U.S. Gulf of Mexico suggests a continued improvement in the deepwater rig count, especially in light of recent, very successful discovery announcement in the Lower Tertiary, according to a Barclays Capital July 16 analyst note.

“We expect this to persist in the coming months,” West noted.

As of July 17, 37 floater rigs are working in the U.S. Gulf of Mexico for 14 operators, including Royal Dutch Shell plc, Chevron Corp., Statoil ASA and Exxon Mobil Corp., according to Rigzone’s RigLogix database.  The rigs are drilling 16 development wells, 13 exploratory wells and eight appraisal wells in the U.S. Gulf in water depths between approximately 2,001 feet and 8,843 feet.

The other semisubmersibles and drillships due to start work in the U.S. Gulf in 2014 are currently under construction and include:

Rowan Renaissance is expected to work for Repsol YPF in the U.S. Gulf starting in March 2015 following work offshore West Africa. Rowan Renaissance is scheduled for delivery from Ulsan in late December 2013, according to RigLogix. The Noble Tom Madden, which is scheduled to leave the shipyard in late October 2014, is expected to go to work for Plains Exploration in the U.S. Gulf in February 2015.

The uptick in U.S. Gulf drilling activity has resulted in a number of deepwater discoveries, including Shell’s over 100 million barrel of oil equivalent (boe) discovery at the Vicksburg prospect at DeSote Canyon Block 393. Announced earlier this month, Shell said the discovery would add to the 500 million boe of potentially recoverable resources already found at the nearby Appomattox discovery.

Supply for ultra-deepwater rigs is likely tighter than it appears as a handful of rigs scheduled for delivery in 2014 are actually committed. More than 30 uncontracted ultra-deepwater units are set for delivery over the next two years. Barclays noted that a flurry of awards could be announced in the coming months for rigs set for delivery next year; while these rigs are currently not under contract, they are actually committed to various operators, according to a July 22 Barclays analyst note.

“We think this would put an emphasis on availability in 2015,” Barclays noted.