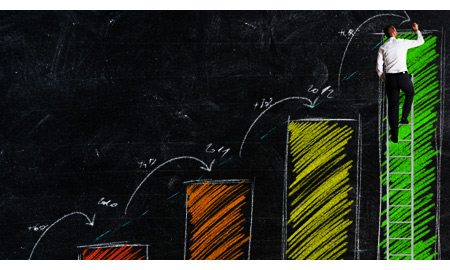 Much oil production in the UAE is from the Zakum oil system, a collection of oil fields which together make up the third largest oil zone in the world. The Upper Zakum field is run by ZADCO, 60-percent owned by ADNOC with the JODCO and ExxonMobil holding the remaining stakes.

Abu Dhabi now has a plan to boost its crude production capacity to 3.5 million bopd to 2018. As part of this strategy, ZADCO is reviewing the possibility to use extended reach drilling from four artificial islands to expand production from the current 550,000 barrels per day to 750,000 barrels per day by 2015, increasing the recovery rate to 70 percent.

“Likewise, the Jasyoura field is to be developed to accommodate two gas separation lines in a new central plant due to be operational by the end of March 2013,” ADNOC said.

ADNOC said it is also developing Adco’s Thammama and Habshan 2 reservoirs to boost production to 80,000 bopd.

“Habshan 1 is also under development, the first package of which is estimated to increase the production by 30,000 barrels per day by the end of 2014. Likewise, the development of North East Bab fields are expected to increase sustainable production to 230,000 barrels per day by 2016 (for Rumaitha Field) and by 2017 for Al Dhabiya Field. Development projects will also cover Bida Qamzan field and Bab Gas Compression project,” the statement added.

ADMA-OPCO operates the main offshore assets in Abu Dhabi, which have been in redevelopment to maximize output. The Umm Shaif and Lower Zakum offshore oil fields have a combined capacity of 520,000 barrels per day, although after an expansion at each they will have a production capacity of 425,000 bopd and 300 000 barrels per day, respectively. The company drilled 22 new wells in 2011 as part of its capacity boost.

Two new oil fields have also come into development: Nasr and Umm al-Lulu. These will add a further 170,000 barrels per day capacity by 2018.

Zakum Development Company’s (ZADCO) development of Upper Zakum Field is one of the biggest ongoing projects.

“The projects facilities are to be installed on four artificial islands that are being constructed and connected to the present facilities to increase oil production to 750,000 barrels per day by 2017,” the company said.

While blessed with an abundance of accessible crude – reserves are estimated at about 92 billion barrels – Abu Dhabi is having more difficulty in producing enough gas to meet domestic requirements.

“It seems like we’re going to be a net importer of natural gas since there is no way that we can meet our domestic demand from existing sources,” said Al Hamli.

The emirate exports natural gas it produces on its offshore fields to Japan. This leaves it short at home, and Abu Dhabi and Dubai draw on gas imported from Qatar via the Dolphin Energy pipeline.

In addition, Dubai buys liquefied natural gas (LNG) from the international markets. Abu Dhabi is set to follow suit and is building an LNG import terminal in Fujairah.

Abu Dhabi holds about 5 percent of the world’s proven reserves, but much of it is sulfur-laced sour gas, which is expensive to produce. ADNOC has responded to rapidly increasing demand by launching a major project to extract and process sour gas.

Al Hosn, a joint venture between ADNOC and the American company Occidental, will complete the Shah gas development by 2014, adding 500 million cubic feet of gas per day to the domestic supply.

“We are not really short of gas, but as we are looking into the deep future, unless we have some discoveries, we’re going to be a net importer,” said Al Hamli.