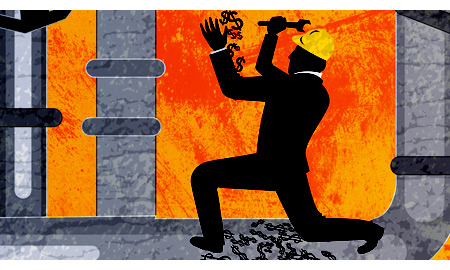 China's progress in developing shale gas has been slow due to the high cost of exploration and lack of infrastructure in areas that may hold large shale-gas reserves.

The lack of a dedicated pipeline to transport shale gas from the Changning block in Sichuan to neighboring Yunnan province has "severely restricted" production, geological evaluation and other activities in the oil and gas fields in southwest China, CNPC said in an in-house newsletter.

The U.S. Energy Information Administration has said China has an estimated 1,115 trillion cubic feet, or about 31.6 trillion cubic meters, of technically recoverable shale-gas reserves, with a significant portion inside the Sichuan basin, which extends across Sichuan province and into Chongqing in the southwest.

CNPC didn't say when the shale-gas pipeline would be completed but said when it is operational, it will have the capacity to transport 4.5 million cubic meters a day of natural gas, it said.