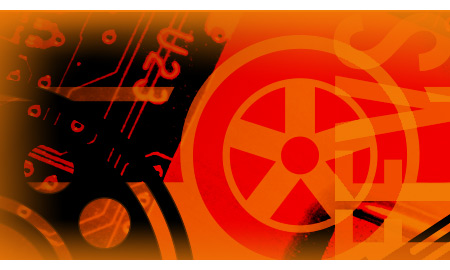 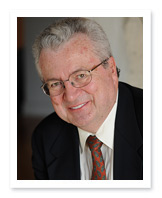 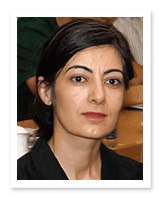 "I think China and Europe are two examples of promoting alternative fuels because both are short on natural resources and both don't want to be monopolized by oil imports," Hofmeister said. "China and others are moving faster on hydrogen fuel cells. Other parts of the world are going faster than the U.S. and we should learn from that."

"China's methanol industry is growing at a phenomenal rate, because this fuel is much more economical than gasoline per mile," added Korin. "Brazil's ratio of flex-fuel vehicles as a share of new cars increased from zero to 70 percent in 3 years. Now they're at 90 percent of new cars."

Fuel Flexibility ≠ 'All of the Above'

The Obama administration has used the term "all of the above" in regard to meeting growing energy demand. The term implies that the administration supports the development of a broad array of conventional and renewable energy sources. At first glance, the idea of fuel flexibility appears to conform with the administration's oft-stated slogan. However, Korin and Hofmeister both say that actual policy outcomes have yet to match the rhetoric.

"'All-of-the-above' is a throwaway line the administration created because it doesn't know what it's doing" in regard to energy policy, opined Hofmeister.

"The 'all of the above' political message is not the same as fuel flexibility," added Korin. "'All of the above' is an abdication of critical thinking. The question is not whether a politician 'likes' a particular fuel or technology but rather if they are going to do something to remove the regulatory and other obstacles that stand in its way."

The administration could demonstrate a genuine commitment to expanding Americans' energy choices by removing "disablers" to developing conventional and renewable resources, Hofmeister said. Perhaps the prime example of such an obstacle is the federal government's review of TransCanada's Keystone XL oil pipeline project, which began more than 5 years ago and (at this writing) continues, he noted.

"What a ludicrous example of an indecisive government creating a disabler," Hofmeister said of the Keystone XL saga.

"State requirements aren't good enough, I guess," he wryly observed. "Why the duplication? Why the overreach? Why the redundancy?"

Hofmeister also cited the government's one-year annual renewal of the investment tax credit on wind energy projects as a disabler to the development of renewables. He said the tax credit would yield better results under a longer effective time frame.

"People can't make clear decisions on a 12-month cycle on a project that's going to last 30 years," he explained.

"I think there's enough private investment capital in this country and enough entrepreneurial facilities" to entice investors to spend money on developing alternative fuels as long as incentives are in place that consider the maturity of the technology, Hofmeister continued. "The government should create enablers."

In regard to fuel flexibility, Hofmeister believes that policymakers should create investment enablers that target specific energy sources and allow sufficient time for each to become a viable option for consumers. Energy policy should be based on the near-, mid- and long-term prospects for each individual fuel, he said.

Some members of the U.S. Congress have attempted to spur greater fuel flexibility by legislative means. Just 2 years ago, backers of the Open Fuel Standard Act of 2011 sought to require 95 percent of new passenger vehicles sold in the United States to be capable of running on substitute fuels within a 10-year period. The bill, which was co-sponsored by Democrats as well as Republicans, ultimately died in committee.

A revised version of the bill, which would lower the FFV threshold to 30 percent of new vehicles in 2015 and raise it to 50 percent the following year, will be introduced in the current Congress this month, according to a recent press release from the office of U.S. Rep. Eliot Engel (D-N.Y.). The latest incarnation of the Open Fuel Standard Act had not been introduced in the 113th Congress at this writing, but one can determine whether the bill has been introduced and check where it stands in the legislative process via The Library of Congress' website.

Korin asserts that legislation such as the Open Fuel Standards Act would be a "win-win" for motorists as well as domestic natural gas producers.

"If our cars were open to fuels competition, arbitrage between for example methanol and gasoline would eventually, with sufficient global methanol production capacity, drive oil prices down even as it drives natural gas prices up," Korin said. "That would be a tremendous boon to the natural gas industry and bring natural gas prices to a more economically sustainable footing."

"An open fuel standard should be a high priority for the natural gas industry," she concluded.