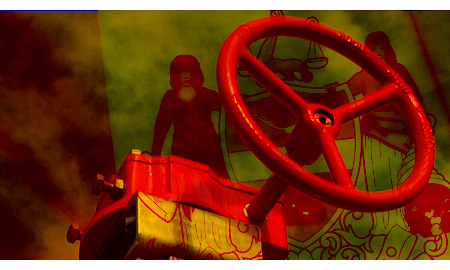 When two executives of a Philadelphia-based petroleum midstream and processing company last year proposed developing a crude-by-rail terminal to deliver domestic light sweet crude oil to five area refineries clustered along the Delaware River, the response from some was less than encouraging.

"Crude oil to U.S. East Coast refineries has typically been delivered by water-borne methods since the early 1900s," he explained. "Some people who are currently retired and had spent a career in refining thought that rail-borne crude deliveries was an antiquated idea and not viable."

Lending credence to some refining veterans' lackluster response was a chain of recent events. The fortunes of the region's oil processing facilities had taken a downward turn. For starters, Sunoco had announced that it would close or sell its Marcus Hook and Philadelphia refineries. Subsequently, ConocoPhillips (now Phillips 66) announced plans to immediately idle its Trainer refinery and sell the asset as a terminal or refinery.

Together, these refineries accounted for nearly 700,000 barrels per day of processing capacity – roughly one-half of the refining capacity in the Northeast.

"It did not look like bidders were emerging for any of the refineries, and the area would be lucky to keep one of them open," Johnson recalled.

Betting on a Reversal of Fortune

Edward Young  |  May 22, 2013
This is the perfect solution for supplying the Northeast refineries. The cost, time, and regulations to build/rebuild pipelines would be enormous. Forget the differance in transportation costs rail vs pipeline. How many billions of dollars and how many years before an adequate pipeline system could be built. There is another player rapidly coming into the game. The production of crude, diesel, and other liquid and gas commodties being produced from natural gas.Most notably at the wellhead. This technology will recover stranded and flare gas situations and has the potential to take the place of building extensive and expensive pipelines.The economic potential of NG to GTL to a refinery or chemical company can be a leading force of American independence of imported oil or gas.
Randy Parsons  |  May 20, 2013
Nice job. Its Great to see companies doing new and exciting things to use and save the past. As we all know if you would have tried to build a new refinery it would have never got past the permitting process. Thanks