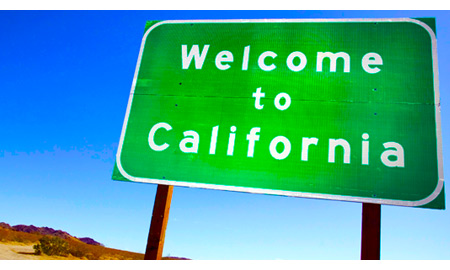 California's Monterey Shale is continuing to be the talk of the industry after the U.S. Bureau of Land Management (BLM) recently announced plans to postpone upcoming federal lease auctions in the state. The prolific play, that holds more shale oil than anywhere else in the country, has the potential to pull the state out of its downward debt spiral but has been caught in a tug of war between proponents and environmentalists since the shale boom occurred in the nation.

The federal land managers postponed an auction scheduled for later this month that would have put more than 1,300 acres of prime public lands up for bids. Another auction scheduled in Colusa County, about 75 miles northwest of Sacramento auctioning about 2,000 acres was put on hold until the end of this year.

"Our priority is processing permits to drill that are already in flight rather than work on new applications," Interior Secretary Sally Jewell told reporters Tuesday after a Senate budget hearing in Washington.

The Monterey Shale, which stretches from Central California down through Southern California is estimated to hold more than 15.4 billion barrels of recoverable crude oil, according to the U.S. Energy Information Administration.

"We want to get the greenhouse gas emissions down, but we also want to keep our economy going," said Governor Jerry Brown (D, California), during a March 13 press conference to discuss the issue. "That's the balance that is required."

The decision to postpone the auctions is loosely based on a recent federal judge ruling that BLM had violated a key environmental law when the energy auctioned the drilling rights for other parcels near the Salinas River Valley. The judge cited that the agency failed to review the impacts on water, wildlife and air quality. A group of environmentalists sued the bureau for not properly reviewing the environmental risks associated with hydraulic fracturing and other types of oil and gas development.

"America has a game changing opportunity to build a stronger economy and to secure a brighter energy future thanks to our vast supplies of newly accessible oil and natural gas," said John Felmy, American Petroleum Institute chief economist in a conference all to reporters Thursday.

"Full development of these resources could mean millions more jobs, stronger and more rapid economic growth, and trillions in added tax revenue, all while strengthening our position vis-à-vis the geopolitics of oil and natural gas markets. Unfortunately, current federal policy continues to prevent our nation from taking full advantage of this opportunity. The most recent example of this is BLM's decision to postpone oil and natural gas lease sales in California until the fall, at the earliest."

Postponing the leasing auction does not mean that drilling on existing leases will stop, stated BLM spokesman David Christy in a release. The agency is concentrating its limited resources on enforcement on existing leases and other priorities, such as granting renewable energy permits, he said.