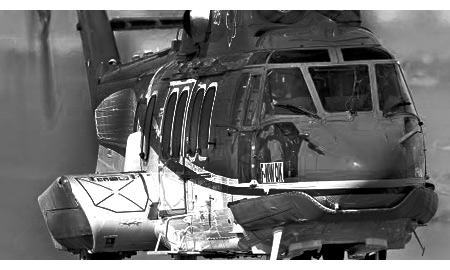 When a Super Puma helicopter with 19 people on board was forced to ditch in the North Sea, west of Shetland, last October the incident was another reminder of 2009's fatal crash that saw 16 people killed – the biggest loss of life in a helicopter incident in the North Sea in two decades.

The April 2009 crash also involved a Super Puma, and given that October's incident was the second ditching of a Super Puma in 2012, a major question was raised as to the continuing safety of the aircraft for use in offshore transfers.

While Bond Aviation operated the helicopters involved in the 2009 crash and the May 2012 ditching, the Super Puma in October's incident was operated by a separate company: CHC Helicopter. No lives were lost in either of 2012's ditching incidents, but having Super Pumas ditching into the sea has not exactly inspired confidence in a particular variant of the aircraft: the EC225 made by Eurocopter.

Flights of the EC225 variant were soon suspended after the October incident, with certain exceptions for what CHC CEO William Amelio described as "life-or-death search-and-rescue missions". 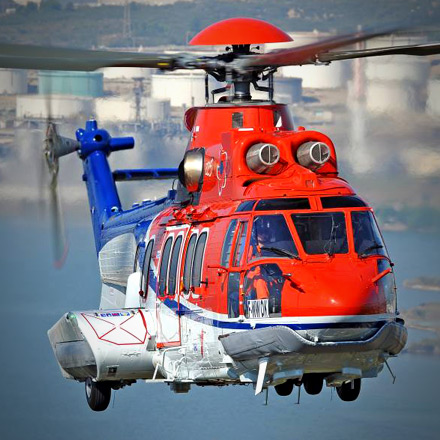 At the time of the October incident, preliminary investigations by the UK's Air Accidents Investigations Branch (AAIB) indicated that the controlled ditching of the EC225 – in which all 17 passengers and two crew were evacuated safely – showed strong similarities to May's ditching incident. This was because a problem with a particular critical gearbox component appeared to be the trigger for both incidents.

In May's incident, the crew ditched the helicopter after a warning that the main gearbox lubrication system had failed and a subsequent attempt to operate the emergency system on the aircraft also caused a failure warning.

Although the October incident saw the emergency system operating correctly, it gave a false warning of failure which led the crew to decide to ditch the helicopter.

To find out how the firm is progressing in working out a solution to the problems with the EC225, Rigzone recently spoke to Eurocopter. This was after the firm's CEO Lutz Bertling, said in mid-April that he was confident that the helicopter would be able to return to service during the third quarter of this year after the firm identified both an interim fix and what it thinks might be the final solution to the gearbox problem.

A third test campaign by the company has seen significant progress made regarding the root cause of the crack initiation in the gear box, according to a Eurocopter spokesman. The company believes a combination of factors led to weakened fatigue strength in the vertical shaft and it added that it has replicated the crack initiation in scenarios conducted on test benches.

Meanwhile, a flight test is currently in progress to demonstrate the crack-propagation scenario. The firm has been working with Georgia Technology Research Institute and Shainin Engineering, which was involved in identifying the wing crack issues that dogged the Airbus A380 fleet during the first half of last year.

"We believe we have found the root cause at Eurocopter. That has to be verified by all the regulatory authorities," the spokesman said. "It's only our opinion in finding what the root cause is at this moment in time. So what we're saying is that the long-term fix will be a new shaft and interim solutions will be put in place, but only [when] cleared by the operators and all the regulatory bodies."

This means that the 3Q 2013 deadline for a return to service of the EC225 could prove optimistic.

"We can't give dates specifically and [Bertling] has given the third quarter as a reasonable period of time. So we'll work as close to that as we can," added the spokesman.

How soon the Scottish oil and gas industry will see a return of the EC225 will depend on what the interim fix is and if the regulators allow them to employ it to get the aircraft back in the air, according to Jake Molloy – the Aberdeen-based organizer for the RMT Union.

"There are too many ifs and buts at this minute in time to say with any authority whether or not they will be back. They've also got to satisfy the Helicopter Safety Steering Group, which is a broad church of employers' associations, trade unions, workforce representatives and others," said Molloy, whose union's offshore energy branch represents thousands of workers in the UK North Sea.

"So, there's a long, long way before we get to that question of whether or not we're happy. It's really got to be decided, in the first instance, whether Eurocopter is happy, the regulators are happy, the HSSG is happy and then the question will come to whether or not we as workforce representatives and, moreover, the workforce are happy."

Molloy added that his union is not putting any timeline on when it expects to see the EC225 back in service.

Commenting on the 3Q 2013 deadline set by Bertling, he said:

"If that's what Eurocopter think then they are entitled to their opinion on that, but we're not putting any timeline on it. It will be done when it's done.

"As things stand, the helicopter providers are doing a sterling job in providing a service and getting people in and off shore. We'd like to see the full fleet back, and operating safely obviously, because it would get a lot of people back to work who are currently sitting at home."

Chris Hansen  |  May 02, 2013
Helicopters that can be ditched without any injuries to the passengers are the helicopters that we want transporting our people. We dont want pressure put on pilots to avoid ditching when a question of air worthiness confronts them. Off the Hibernia there was an incident in which all but one passenger died because the pilots would not ditch. Why did they not ditch? .. Because the pilots were not wearing cold water survival suits. If they ditched the pilots would have died but the passengers would have had an excellent chance of survival. Ditch the helicopter when the warning light comes on and while it can still be ditched. Who can say how soon the ability set it down without crashing will remain if there is a lubrication problem.
John Hoopingarner  |  May 02, 2013
As someone who travels to the UK periodically to go offshore and have been a passenger on this model in 2012, I am pleased to have this important and well-written update. Thank you
RELATED COMPANIES
Company: Eurocopter more info