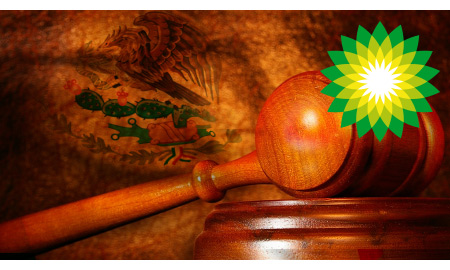 BP confirmed Wednesday that it is being sued by the Mexican government in relation to the Deepwater Horizon disaster. The firm's first quarter results Tuesday revealed that, since March 6, it is among a number of companies named as defendants in more than 2,200 additional civil lawsuits related to the incident.

Plaintiffs include a "foreign government", which press reports speculated was Mexico. In a phone call with Rigzone Tuesday, a BP press officer confirmed that the foreign government is indeed Mexico, which had said back in 2010 that it would look at some sort of action against the company in relation to the Deepwater Horizon spill.

BP is currently evaluating the lawsuits, of which it said the vast majority consist of claims under the US Oil Pollution Act 1990 (OPA 90). BP said it believes that claimants in these new lawsuits may have sought to file them in advance of the third anniversary of the incident on April 20 2013 in order to avoid time bar challenges under OPA 90's three-year statute of limitations.

Meanwhile, BP reported late Tuesday that it has reached agreement with Federal and Natural Resources Damages trustees on two additional proposed early restoration projects in Louisiana that are expected to cost approximately $340 million.

The projects are part of a commitment from BP to provide up to $1 billion in early restoration funding to speed up recovery of natural resources that were damaged as a result of the Deepwater Horizon incident.

"We are extremely pleased to have reached agreement with the trustees on the new projects, which will provide significant long-term benefits to the environment and the people of Louisiana," said Laura Folse, BP's executive vice president for Response and Environmental Restoration.

"With the help of the extensive cleanup efforts, early restoration projects, and natural recovery processes, the Gulf is returning to its baseline condition, which is the condition it would be in if the accident had not occurred."

Russell Olivier  |  May 03, 2013
Hello someone, At the right time, as per BPs legal council, would someone please explain to me, *HOW*, does the Mexican government think that they were affected by this incident? In my humble opinion, the Mexican government does not have a leg to stand on! Safe Regards, Russell Olivier
Dallas Schwartz  |  May 02, 2013
Sad this has come to pass, obviously this is nothing more than governmental greed on the part of the Mexican government. Not one single report of a drop of Macondo oil ever washed up on Mexican soil yet they are suing for damages??????? Really? I hope BP turns hteir lawyers loos on this obvious scam!
RELATED COMPANIES
Company: BP plc more info