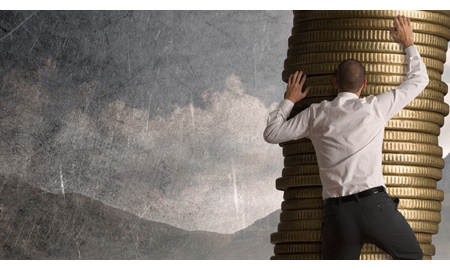 Overall compensation for global oil and gas industry workers have been flat since 2010, according to data gathered from over 75,000 oil and gas professionals from January 2010 to December 2012 to measure trends in oil and gas worker earnings worldwide. However, compensation levels seen in the industry remain strong, particularly for workers with specialized skills, as global exploration and production is forecast to rise in 2013 and global oil prices to remain strong.

In the North American oil and gas market, onshore and offshore specialists who are either in high demand or few qualified candidates who may fit the bill for certain positions could see an 18 percent to 21 percent increase in total compensation, said Chris Melillo, managing partner and practice leader with Dallas-based executive search firm Kaye/Bassman International Corp.'s energy practice.

Companies are drastically increasing total compensation levels due to companies' very finite qualifications for offshore workers. While there may be several people who feel they could perform in the role, Melillo's clients want "10 out of 10" on the checklist of experience, which has resulted in companies directly recruiting candidates from each other. The number of candidates who are actually qualified for open positions and at least in employed-but-looking mode for a job change is two to seven.

The surge in compensation for specialty roles has been balanced out somewhat by the drastic slowdown for onshore geology positions and a surplus of candidates in that specific area, Melillo commented. This slowdown is occurring as some companies switch their focus from exploration to production. The retirement of older workers who earned higher salaries – leaving behind younger workers making less – may also be behind the flattening of compensation.

To help with overall retention efforts, companies may be employing bumps in compensation of slightly higher than 4 percent. The long-term incentives plans are really the main financial drivers for retention-focused compensation efforts. Melillo notes that candidates on average are seeing a 12 percent to 15 percent increase in salary/compensation to make a lateral move. If it is also a job grade/title jump for that candidate, that number can move to a 22 percent to 25 percent jump.

"Despite labor becoming available from other markets experiencing a downturn such as mining, the oil and gas sector within Australia continues to demand talent," Ward commented.

The highest paying salaries within Australia are positions associated with subsea, subsurface and drilling. These roles are in demand as oil exploration companies go into deeper and deeper waters to extract oil and gas resources. Workers with previous experience working on liquefied natural gas projects also can command higher salaries, as these skills are considered niche and the number of people globally who possess these skills limited, Ward noted.

Salary increases for these positions have been seen over the last five years as operator's battle for the talent required to push their project ahead.

"Salaries will continue to rise across the sector unless employers begin to employ alternative methods to paying the highest possible salary to someone currently engaged on another project," Ward commented.